Collaborations in music are a beautiful thing. We get to witness two minds, two styles, sometimes two genres come together to create a musical masterpiece… well… perhaps not always a masterpiece. Unfortunately, not every joint project works and there’s some collabs you probably didn’t even know existed. That is until now. 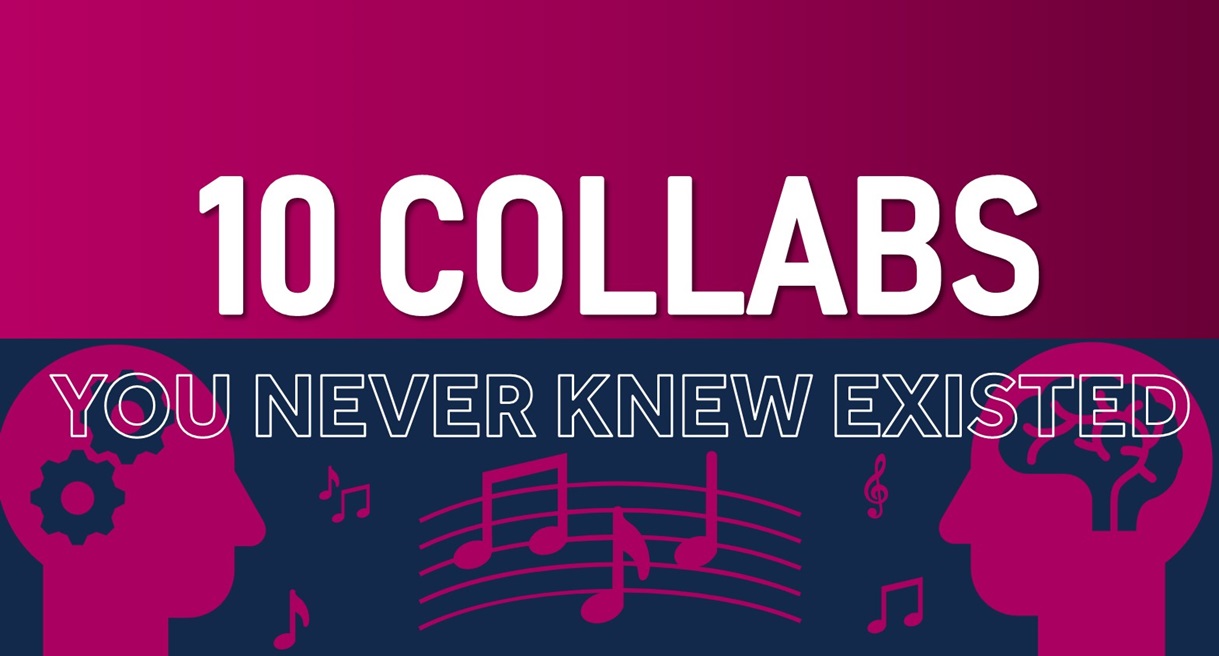 Some collaborations are amazing and even if they don't work on paper, they work on a record for example, Jay Z and Linkin Park, it shouldn't work but it does. Run DMC and Aerosmith, again, it shouldn't work but it does. Queen and 5ive...okay, that one perhaps didn't work. However, there's some really unusual pairings that you probably didn't know about - and here's our Top 10!

You can Say What You Want about this collaboration, but you won't change my mind - it doesn't work. Not only did they record a studio version of the mash-up, they even performed together at BRIT Awards, wow. Very strange.

Now, this is on here because it's unusual, not because it's necessarily bad. I mean, I don't fall out with this one. Yes, it's weird. Yes, music purists will hate it. Yes, Queen fans were, and probably still are, scratching their heads (especially after the whole 5ive thing) but, you know what, it's actually alright.

Okay, this didn't quite have the impact of the Jay Z collab, but it's actually a really good song. It's also one of the last records Linkin Park recorded with Chester Bennington, so it's actually a bit special. The lyrics are good and Pusha, Stormzy and Linkin Park all sound great, so this for me would definitely fall into the bit weird but actually sounds good category.

Erm, I'm not entirely sure how I feel about this one, I'll let you have a listen and you can make your own mind up.

There's a very good reason why you've probably not heard this...clue; it's precisely 3 minutes 27 seconds long and can be found below...

Yeah, unfortunately, you read that right. Iconic Spice Girl meets iconic rapper to produce an iconic failure. To be honest, Vicki B should have just stuck to making bangers with Dane Bowers. Full stop.

Again, this is NOT a typo - it actually happened.

This got quite a bit of air time, so you might be aware of this collab - but as odd as it sounds it's actually pretty good. Well, it's great if you're an Olly Murs fan, however, day-one Snoop Dogg fans might be wondering what the heck is going on. My advice is don't fight it, just let the groovy, pop tones takeover you ears.

Obviously teaming up with Jay Z was a no brainer for Another Level, I mean, that was MASSIVE for the boys...however, Jay Z probably wishes he thought twice. Thankfully this didn't put him off future collabs. Thinking about it, maybe this track gave Jay Z a taste for collaborations, so really we might have Another Level to thank for the Jay Z/Linkin Park Collision Course EP. Cheers lads.

I'll be honest, I never knew that a Blur bassist, a famous actor and an incredible artist were responsible for one of the biggest and best footy anthems of all time, Vindaloo, but that's exactly who Fat Les were/are! It's a collaboration like no other and I have absolutely no idea how they made it work, but they really, really did. Bang this on, dream of England winning the World Cup and have a good sing-a-long. Na, na, naaaaaaaaa!