Arcade Fire are probably, scrap that, are definitely my favourite band to see live, and last Sunday when they rolled into the Genting Arena they didn’t disappoint! 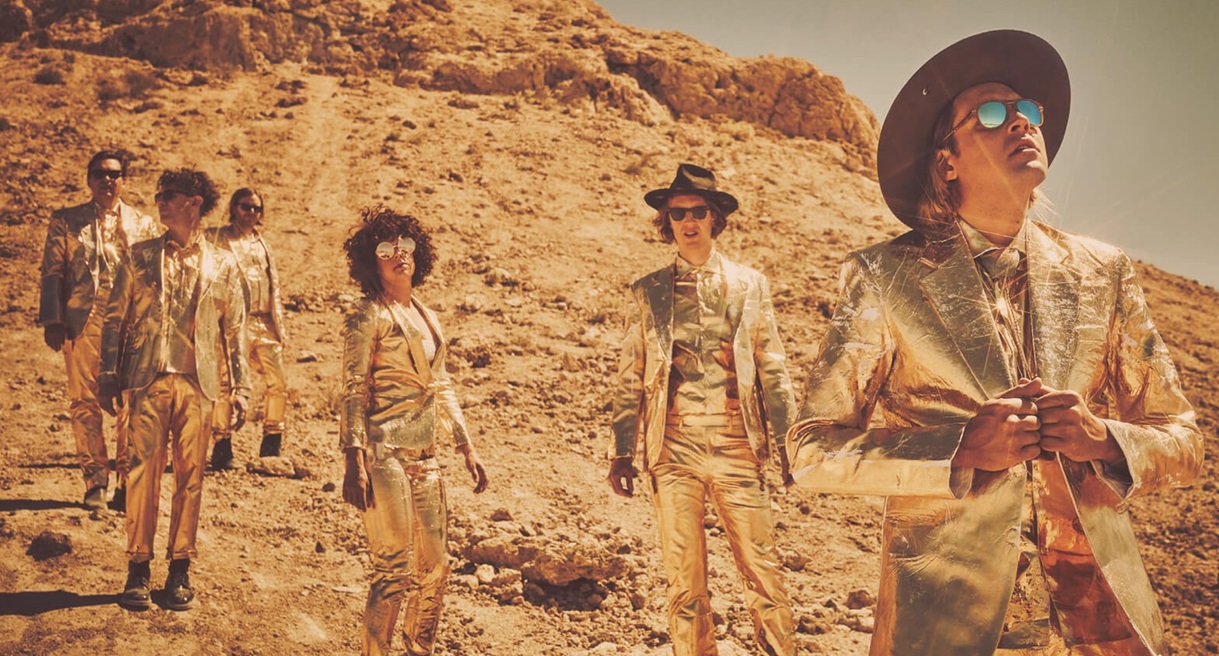 The indie-rockers – but I strongly feel they should have their own genre – never fail to bring the theatrics. In true boxing champion style Win Butler, Régine and the band were announced. Decked out in boxing robes with their entourage in tow, they fist bumped fans and posed for photos as they made their way through the crowd. Wins (awards) and KOs displayed on the massive screens above their boxing ring themed stage in the centre of the arena floor.

Now touring their fifth studio album Everything Now, the set opened with the title track, and into a personal favourite Rebellion. At an Arcade Fire show every song is such an anthem that each track feels like it could be the encore!

Even songs off the new album already sound like classics, Creature Comfort, Electric Blue and Put Your Money on Me, filtered in between Neon Bible and Here Comes the Night Time and other favourites from the back catalogue perfectly. And their Rococo mash up with Nirvana’s Smells Like Teen Spirit is always a crowd pleaser.

I do love a gig in the round, you just feel so much closer to the action. In the centre of the stage Jeremy Gara was having the best time as the drum kit spinning around, would you expect anything less? And the other band members had free reign with radio mics, switching up instruments between songs and Win and Régine even braving it out into the middle of the crowd for a little dance with the fans. The set up and lighting echoed the original boxing ring ropes with massive glitter balls too, which as you can imagine were put to good use in Reflektor! It was epic!

The crowd went wild as the screens turned to “The Suburbs” lit up in lights, and Ready To Start followed. I was, along with everyone around me, on my feet and dancing like no one was watching, and thankfully no one was because of all the craziness happening on stage.

Régine is a goddess, I actually want to be her, decked out in a full leather jumpsuit – briefly changing into a mirror ball style jumper for Reflektor – she switched instruments, danced, sang and worked the crowd on all angles of the stage.

The encore of We Don’t Deserve Love, from the new album, was followed by Everything Now and finished with Wake Up. Support act Preservation Hall Jazz Band – a New Orleans jazz band originally founded back in the early 60’s - headed back on stage for the encore meaning there was a massive 14+ people on stage, looked like chaos but still sounded amazing – a fitting end to one of the best live shows I’ve ever seen.

The whole band just look like they are having the time of their lives on stage every time I’ve seen them live, and it’s infectious! The whole crowd was up dancing, there wasn’t a even a smidge of Sunday blues. Genuinely such a fun gig, my phone photos don't really do it justice but I wish I could do it every weekend!

My favourite band to watch and/or dance like an absolute crazy too!