This one is fresh off the press - it's official, the Welterweight Championship will be on the line at Cage Warriors 98 here in Birmingham as Italian MMA sensation Stefano Paternò defends his title against the Scottish Hitman, Ross Houston! This is going to be HUGE!!

The current world champion captured the title with a first-round knockout of Mehrdad Janzemini at Cage Warriors 95 in London back in July, and will make the first defence right here in Birmingham this October. No doubt the Italian will be looking to repeat his early destruction this time round. 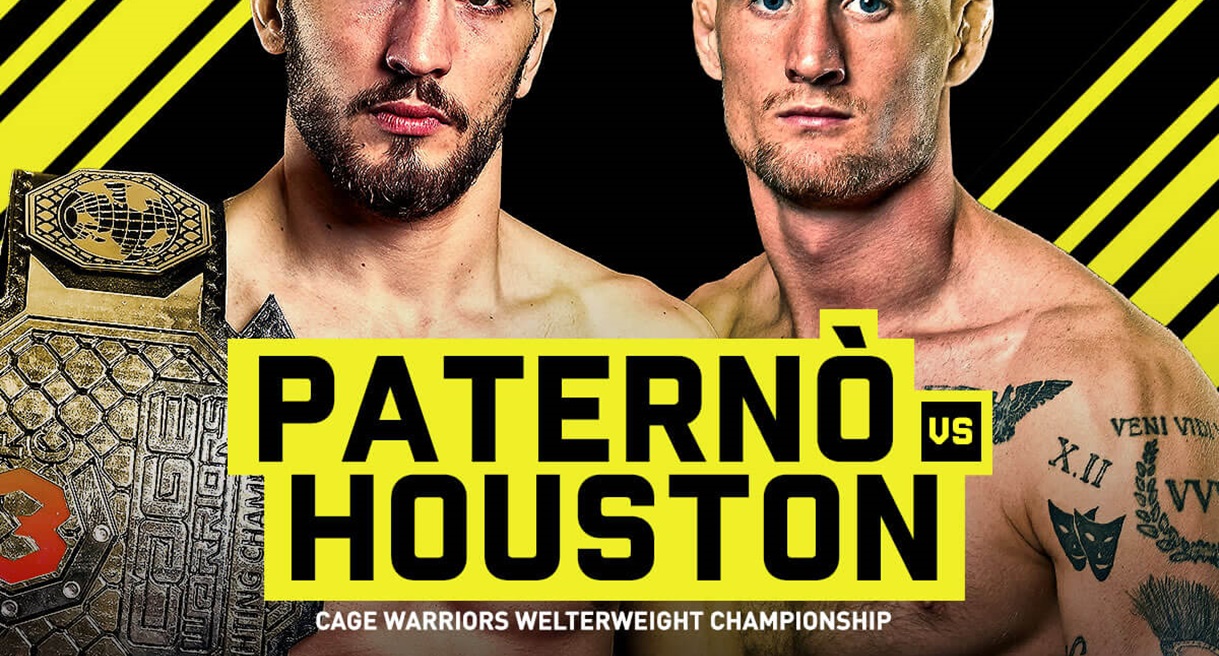 But, he comes up against an impressive challenger who has the world of MMA at his feet (and hands) as Paternò faces the ferocious, undefeated Scotsman. Houston whose last outing - also at Cage Warriors 95 - saw him claim an impressive rear-naked choke victory over Nathan Jones and it's something he'll look at applying on Paternò this October.

The welterweight title clash between Paternò and Houston tops off a fight card that will also feature the semi-finals of the Cage Warriors Featherweight Championship Tournament, with Dean Trueman facing off against Lewis Monarch, and Aiden Lee taking on Paull McBain.

Cage Warriors matchmaker Ian Dean is working on stacking the deck for the event, with more bouts set to be announced in due course.

Speaking about the welterweight title fight, Cage Warriors President Graham Boylan said: “The fans in Birmingham will be treated to a superb title fight as Stefano Paternò puts his belt on the line for the first time against Ross Houston.

“Ross is undefeated and fully deserves his shot at the title. But Stefano won the belt in impressive fashion and it’s great to see a champion so keen to get straight back in there and put his belt on the line.

“It should make for a great fight on a great night for Birmingham’s MMA fans.”

Tickets for Cage Warriors 98 at the Genting Arena, Birmingham are on sale, with a special early bird offer giving fans the chance to snap up their seats at a special 20% off. Don't hang about, grab your tickets now!