The Birmingham 2022 Commonwealth Games is a once-in-a-lifetime opportunity to showcase the West Midlands on the global stage...and the sports taking place at our venues, Utilita Arena Birmingham, Resorts World Arena and across the NEC site, have been confirmed! 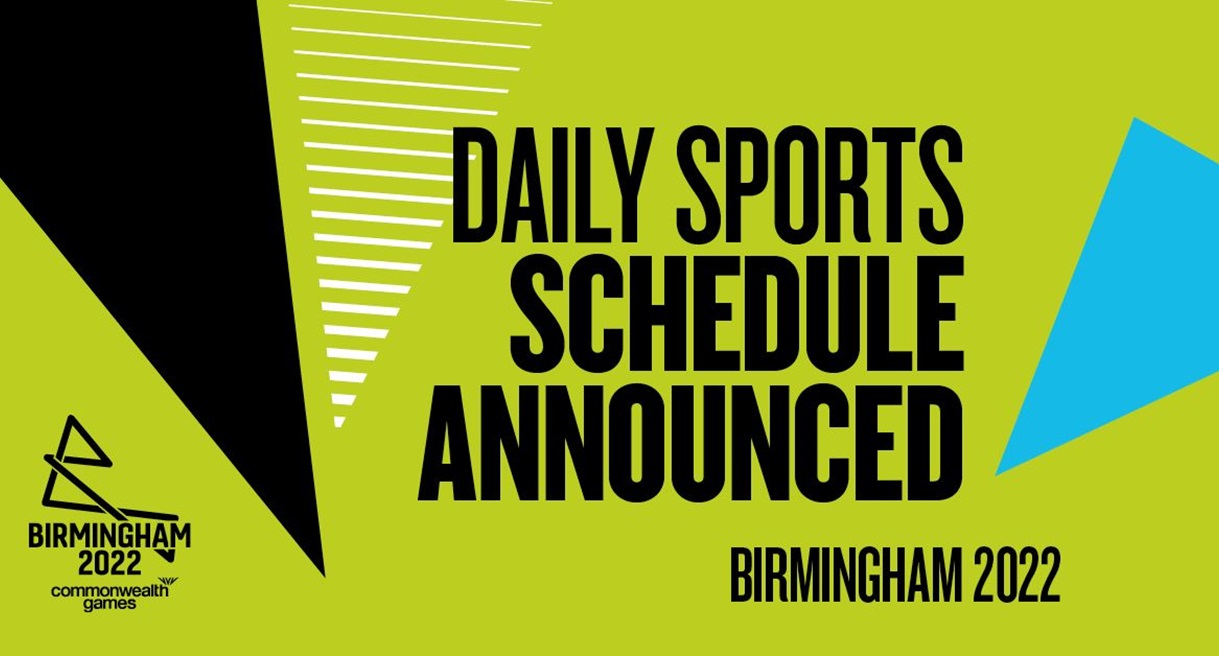 The daily schedule for the Birmingham 2022 Commonwealth Games has been released with the organisers confirming which sports will be held on each of the 11 days of competition and urging fans to sign-up for ticket updates, as planning for the Games accelerates.

The first day of competition is packed with action and is set to feature an impressive 14 different sports. This includes Basketball 3x3 at the recently announced venue at Smithfield in the centre of Birmingham, Artistic Gymnastics at Arena Birmingham, and hockey and squash, which will take place at the University of Birmingham, unveiled last month as a major partner for the Games.

Women’s cricket T20, added to the programme in August last year, will be also begin at Edgbaston Stadium on Friday 29 July and the aquatics programme will start on the same day with the swimmers getting the action underway at the brand new Sandwell Aquatics Centre, which is currently under construction in Smethwick.

Netball, which will see Team England defending the gold medal they won in dramatic fashion at Gold Coast 2018, also begins at the NEC Arena on the first day of competition, with the final being held on Sunday 7 August.

The Games, the largest sports event to be held in UK since the 2012 Olympic and Paralympic Games, will feature 19 sports, with eight para sports integrated into the programme, creating the biggest para sports offering in Commonwealth Games history.

The unveiling of the new schedule confirms that there will now be two full weekends of competition, a move which is hoped will allow more than one million spectators to attend the biggest sporting event ever to be held in the West Midlands.

Nigel Huddleston, Minister for Sport, Tourism and Heritage said: "The unveiling of the daily schedule marks another important milestone as we look towards the Games in 2022. It's great to see that for the first time ever at a Commonwealth Games, there will be two full weekends of sport offering more opportunities for everyone to experience Birmingham 2022."

Birmingham 2022’s Chief Executive Officer, Ian Reid, said: “We’re extremely excited to be unveiling the daily schedule as we know that this will make the Games much more real for everyone, now that they can see exactly which sports will be taking place on each day. I’d like to thank all of the international and national governing bodies who have been working closely with us to ensure that we created an exciting schedule which also provides all competitors with the maximum period of recovery possible during what will be an action packed summer of sport in 2022.”

The main athletics programme at the redeveloped Alexander Stadium in the Perry Barr area of the city, won’t begin until day five of the competition on 2 August, therefore allowing additional recovery time for athletes who are also planning to compete at the World Athletics Championships in Oregon, which takes place earlier in the summer.

The track and field action will take place across six days with the number of sessions yet to be finalised. The marathon will be held earlier in the programme on 30 July, with the location of the start and finish and the route expected to be confirmed in 2021.