The genius behind Talking Heads recently announced a huge Birmingham show over at the Genting Arena this October and judging by the recent reviews of his current performances, you lot are in for a treat! Here’s what the people are saying so far!

We could sit here and list a hundred reasons why you NEED to see David Byrne live here in Birmingham this October, but, when the reviews from his current shows are this good, we thought we'd let the critics take it from here. 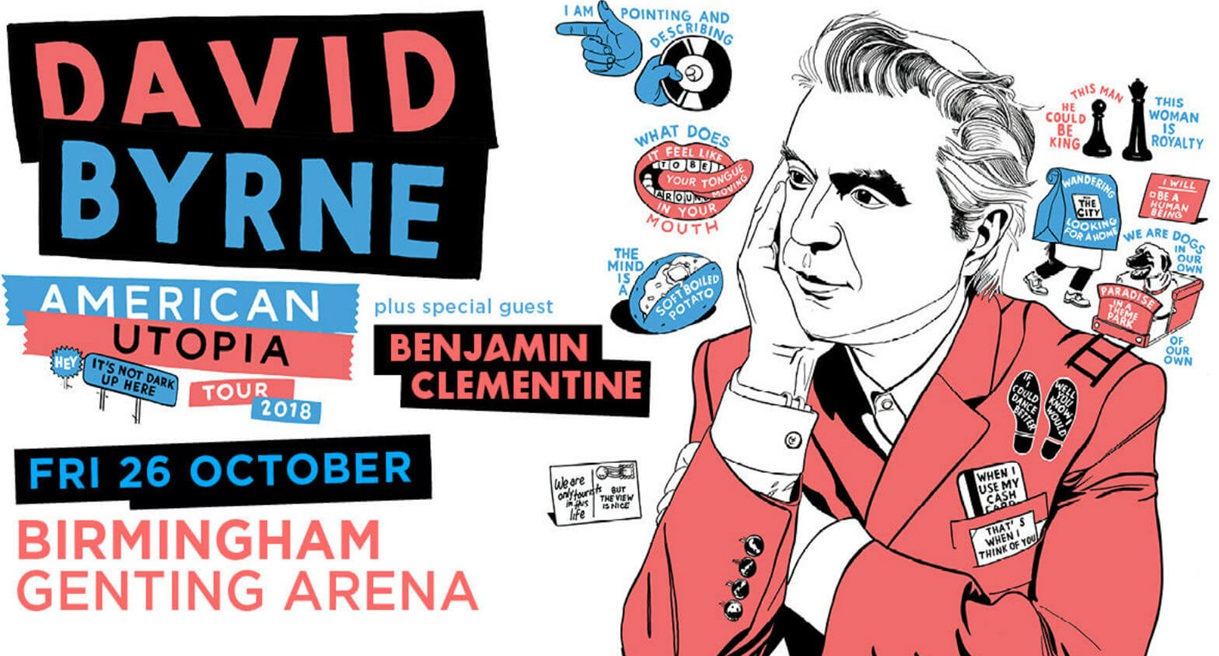 Byrne will be performing songs from his critically acclaimed album American Utopia, as well as classics from his solo career and his days with Talking Heads.  A twelve-piece band will also join Byrne on stage for an Annie-B Parson choreographed concert that he has called “The most ambitious show I’ve done since the shows that were filmed for Stop Making Sense.” I mean, that sounds amazing, right? Here's what people in the industry have had to say so far about Byrne's current shows...

16Artists of David Byrne's exalted stature often coast into middle age on faded glory and nostalgic goodwill. And yet this 66-year-old pop polymath keeps pushing himself to strange, dazzling new peaks. indeed, his latest live show could well be the most imaginative, hilarious, ambitious and exuberant of his career.

The American Utopia tour may just be the best live show of all time. It16’s a stunning display of craftsmanship from start to finish.

At the end of last year, David Byrne posted a tweet claiming that his forthcoming world tour was “the most ambitious show I’ve done since the shows that were filmed for Stop Making Sense" - w16atching Byrne and his 11-piece backing band barefoot and besuited, you have to concede he also has a point. The show is incredibly ambitious. The musicians – who Byrne is keen to emphasise are playing everything live, without the aid of backing tracks – are in constant motion on a bare stage, no amplifiers or drum risers: the percussionists perform with their instruments around their necks, like a samba band1616

In support of recent solo album American Utopia, he has crafted an extraordinarily uplifting concert experience for eyes, ears – and heart. 16Miss it at your peril.

Now this is how you do a late-career renaissance. Of course, David Byrne – the Dumbarton-born, Baltimore-raised former lead singer of New York art-punks Talking Heads – doesn't have to look far to find continuing relevance to what he does, with high-profile collaborations alongside St Vincent, Arcade Fire and Anna Calvi marrying well with his ongoing dabbling in music for film, theatre and television. Yet this tour in support of his new American Utopia album, Byrne's first record where he hasn't shared headline billing in 14 years, is a tour-de-force, a reimagining of the manner in which a live band concert is enacted in the age of the laptop and the lightshow.

All that's left to do is decide for yourself when David Byrne heads to the Genting Arena later this year - don't miss it!