Elf - A Christmas Spectacular: Our Verdict

On Thursday, everyone’s favourite Elf, Buddy landed at Resorts World Arena bringing with him a whole host of festive cheer as Elf: A Christmas Spectacular took over Birmingham! 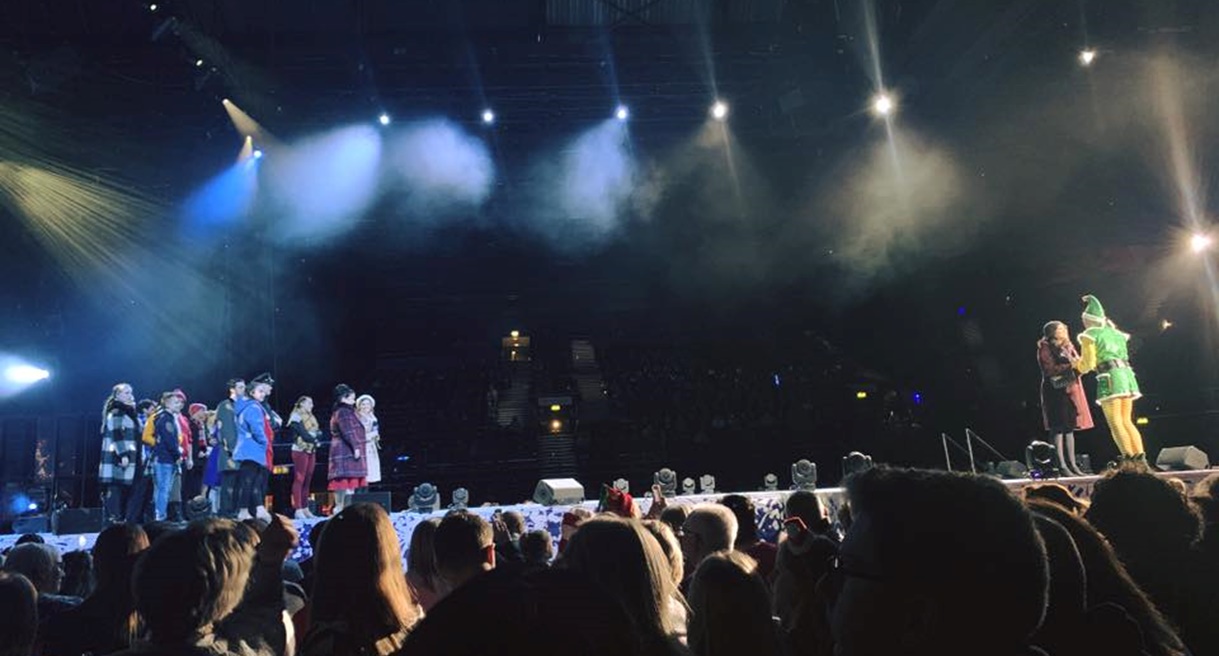 Buddy, played by the hilarious Tam Ryan, embarks on a quest from the North Pole to reconnect with his father, David Essex, after discovering he’s not an Elf, but in-fact a 30 year old human!

On his journey, Buddy becomes infatuated with Jovie, played by Love Actually star Martine McCutheon and as the iconic story goes, their mission is to restore the Christmas spirit among the people of New York.

When Buddy and his father finally meet, a number of belly-laughing sketches ensue as Buddy tries to get to grips with being a ‘normal’ human and not the over-excited Elf we all know and love – much to the frustration of his dad.

With a plethora of musical numbers, including Christmas Town and The Story of Buddy, the production certainly lives up to it’s ‘Spectacular’ naming with the audiences captivated throughout by huge screens hosting jaw dropping CGI sets that really make you feel part of the show.

The hit West End and Broadway musical is supersized with a number of acrobats performing some mesmerizing leaps and more throughout the performance – I won’t give too much away, as you really do need to see it for yourself!

The show culminates with the entire arena captivated as Santa flies above the audience in his sleigh – a moment to savour for the kids (and adults) in the audience and you could really feel the magic of Christmas overcoming the arena as tons of snow sprinkled over us.

It’s safe to say if you aren’t yet full of Christmas magic, Tam, Martine, David and the gang will certainly get you and all the family ready for the big day!

Buddy and his pals will be sticking around in Birmingham right until Christmas eve so if you haven’t got your tickets already, don’t be a cotton headed ninny muggins and make sure you grab some of the remaining few!