Earlier this week, we welcomed the cast of ELF - A Christmas Spectacular to Birmingham...and now we cannot help but feel SO Christmassy! Yeah, so what it's still September, summer has long gone, so dust off your decs and see what Martine McCutcheon, David Essex and Tam Ryan had to say on December's huge show! 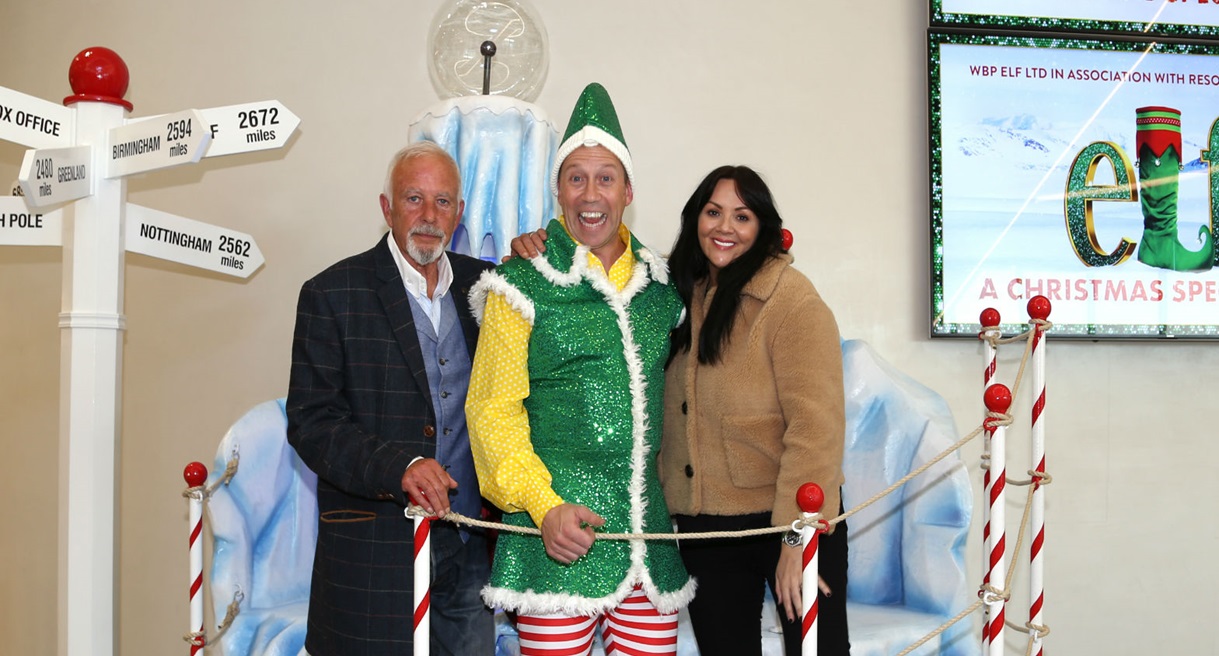 Twas a few months before Christmas, when all thro’ the town, the cast of Elf were stirring, to give us the lowdown!

Yes! We had the pleasure of welcoming Martine McCutcheon, David Essex and Tam Ryan to Birmingham as they swung into Resorts World for a catch up with us ahead of December’s show.  This huge Christmas spectacular will be around from 20-24 December, giving you the perfect excuse to enjoy a big Xmas night out with your friends, family, partner or work buddies…literally everybody is gonna love it!

In case you’ve been hiding under a rock for like the last 15 years or so, here’s what Elf is all about. On it’s release in 2003, Elf instantly became a Christmas classic - starring Will Ferrell, Zooey Deschanel and James Caan, the story follows Buddy who was accidentally transported to the North Pole as a toddler and raised by Santa’s elves. Buddy always knew he was different, perhaps the height difference was the biggest difference - but he just couldn’t fully fit in with his fellow elves. That being said, Buddy packed up and swapped the North Pole for New York in search for his real family.

This December, we’re bringing this much loved tale to life as the North Pole, New York, Buddy and the all the Christmas feels sprinkle over Birmingham. We were lucky enough to grab a few minutes with Tam Ryan (Buddy), Martine McCutcheon (Jovi) and David Essex (Buddy’s Dad) and we chatted all about Christmas, why they wanted to be part of this show and about what you lot can expect from Elf - A Christmas Spectacular!

Martine McCutcheon said: "People will feel a real feel good factor with this show, Christmas is an amazing time for people, but it can also be a really difficult time for people emotionally and I think it’s lovely that you have that switch off, that little escape, that little bit of magic that we all need in our lives at times." Martine, who plays Buddy's love interest Jovi also said: "It’s going to be great, it’s a mixture of a great film, great people, great music…it’s going to be great!"

David Essex decribed the show as a "huge Christmas show, with lots of laughs" and told us how much he couldn't wait to get going!

Keep a look out on our social channels as we’ve got full interviews with all of the cast coming soon! For now, if reading this has got your baubles tingling and your tinsel shaking, then you can grab your tickets for Elf - A Christmas Spectacular here.