Forget TInder this Valentine's Day, it's all about Fin-der

It’s Check and Mate for the sharks at The Bear Grylls Adventure, who have settled quickly into their new home thanks to the match making skills of the aquarists who take care of the special creatures. 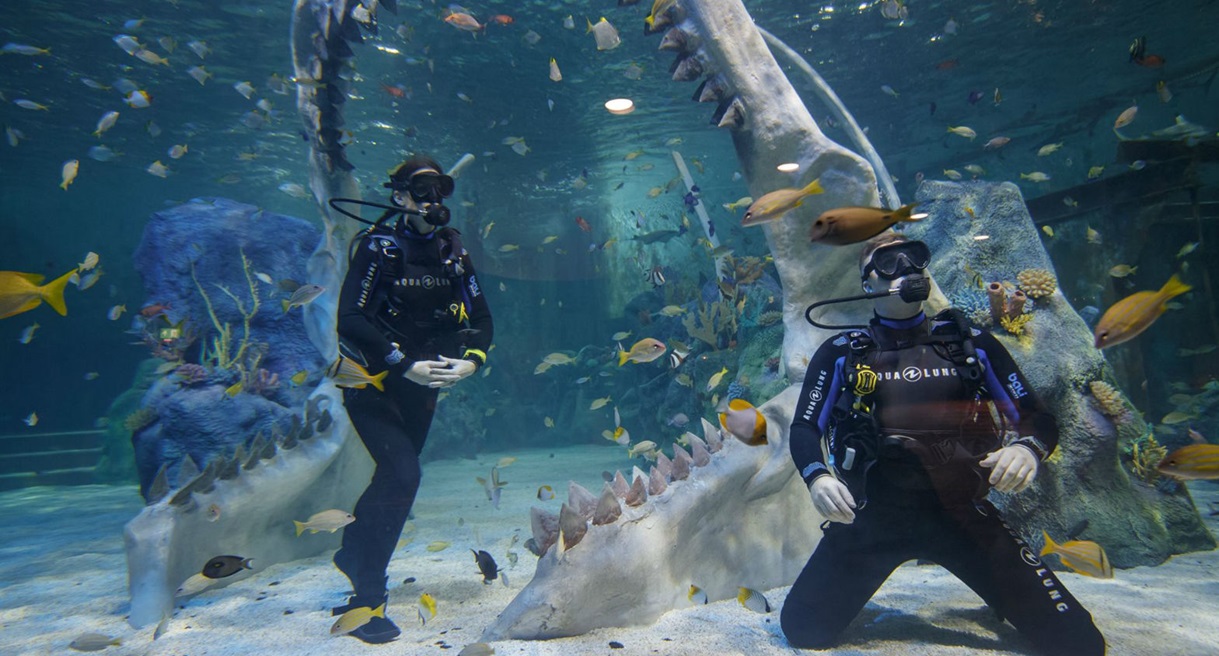 These sharks have taken a quick liking to each other, with mating starting after just 5 months. This is thanks to the expert team carefully matching the sharks based on their “nature”, age and behavior to decide which creatures would complement each other, proving beauty isn’t skin deep.

It’s also down to the special setting created in the huge tank (equivalent to 6000 bathtubs of water), which recreates natural tropical lighting water flow to set the romantic mood perfectly.

What’s more, the perfectly recreated shipwreck has been taken over by the sharks as their ‘love cave’ so they have a bit of privacy too.

Visitors to the attraction can scuba dive among over a thousand sea creatures, but as mating usually takes place at night, they aren’t disturbing the romance, meaning the sharks can get right to it.

Breeding at the attraction is a key part in conservation and the special settings created at the attraction have already paid off as Luna, a 5 foot long reef tip shark, has had quite a bit of attention from the boys, so will hopefully be welcoming pups of her own in the coming months. Aquarists noticed she has a soft nature, and enjoyed swimming alongside older sharks, like Orion

Aquarists are very hopeful for shark pups and have already set up a nursery to give the mother a dedicated space to make sure the pup is born as strong and healthy as possible.

Robbie McCracken, Dive and Curatorial Manager, from The Bear Grylls Adventure said: “We are so excited to see Luna mating, and hopefully preparing to welcome a new generation of black tip reef sharks to the world. She’ll do a great job and are hoping that our match making skills mean we will be saying hello some some perfect little pups soon.”

The adventure attraction opened in Birmingham at the end of last year, and replicates some of Bear’s incredible adventures including diving and snorkelling, skydiving, rock? climbing and the highest high ropes course in Europe.