HALL & OATES THROUGH THE YEARS

Daryl Hall and John Oates have had an incredible career since forming back in the late 60's. Fast forward five or six decades, the iconic duo are still packing out arenas around the world as thousands of fans roll in for an unforgettable night of rock. Join us as we take a trip down memory lane! 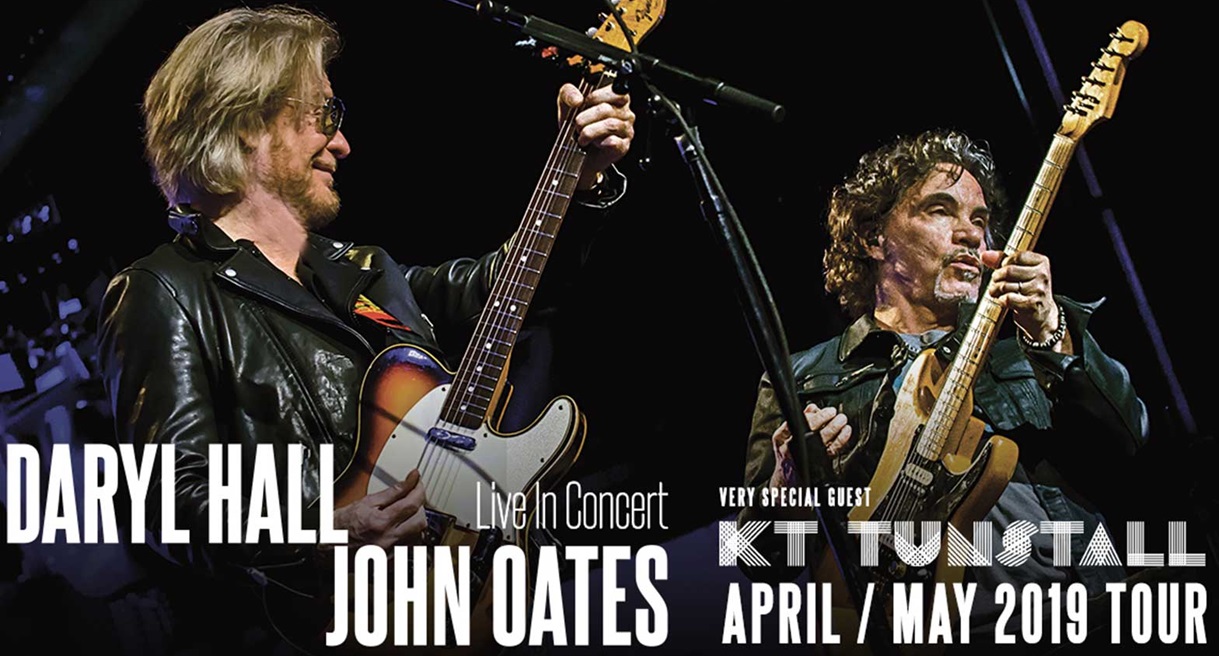 1972: Forming the band
Hall & Oates met a few times prior to forming the duo, even as early as 1967 when the pair were both pursuing separate music careers. They released they shared the same music taste and were heading to the same uni together where they lived with each other. They didn’t really start properly working together until around 1970 and then two-years later, their first EP ‘Whole Oates’ was released.
1974: Finding their feet
It took a good couple of years for Hall & Oates to settle on their musical direction. They had trouble defining their style with early albums showing the pair playing with rock, folk, soul and pop - however - their experimenting (or confusion) led to three underwhelming initial EP’s.
1975-1977: Hall & Oates are on the map
After a bumpy few years, the duo quite literally found their rhythm and struck the right chord with the release of of their 1975 Daryl Hall & John Oates EP, which fans often referred to as the Silver Album. This catapulted the pair into the Top 10 territory with Sara Smile and She's Gone breaking into the charts and Rich Girl, the stand out single from their Bigger Than Both Of Us EP becoming the band's first No.1 hit!
1981: Big Changes
The boys were doing relatively well and were constantly touring, but they still wanted to produce successful, chart topping music - and they felt that they had to make some big changes to the way they were recording their tracks. They moved all their production out of LA, stripped things back and did their own thing in New York City...that's where Voices was born. Now, Voices was packed full of hits including the likes of Kiss on My List, You've Lost That Lovin' Feeling and You Make My Dreams. It also included, what later became Paul Young's 1985 No.1 hit, Everytime You Go Away. The ballad is a fans favourite and we're hoping they include this as part of their set here in Birmingham.
1982-1988: Coming of age
Hall & Oates cemented their place in the music history books with a dominate spell throughout the 1980's. They released a further four studio albums in Private Eyes, H2O, Big Bam Boom and Ooh Yeah! The albums work so well both collectively and as individual masterpieces with Private Eyes sounding more gritty and rocky and H2O focusing heavily on synths and was incredible well put together. The albums produced stand-out singles which went on to perform well in the charts and added even more ammo for their live sets, each year, developing chunkier, bolder and bigger experiences for die-hard fans!

1990's: Vintage Hall & Oates
The duo continued to release music and tour around the world giving fans an unforgetable evening. Although 20-years on from when the guys first formed, the duo hadn't lost their love for performing and footage from their shows indicated they guys just wanted to be out on stage, doing their thing and treating the audience to vintage Hall & Oates. The 90's started with the release of So Close and Don't Hold Back Your Love and ended with the likes of Hold On To Yourself and Throw Away The Roses.

00's: Home For Christmas
Hall & Oates, much like back in the 90's, were still doing shows, performing at televised events and recording music. Their standout success from the 00's has to be their incredible Home For Christmas EP. The album contains a couple of original Christmassy tracks as well as covers of some classics and now features as a must listen in households around the world come the festive season. If you've not listened to it, then take note and add the album to your Xmas playlists for 2019.

2019...
Well, we are absolutely honoured to say that Daryl Hall & John Oates will be heading to our arena in the next few weeks. The duo are quite literally music legends after they were inducted into the Rock and Roll Hall of Fame just a few years ago. Their set is going to be packed full of classics, their energy will rival the best and there is no doubt that they are going to give us one of the best shows of the year. They'll make your dreams come true.