MUMFORD AND SONS: OUR VERDICT

Last Friday night, one of the most successful bands of this century, Mumford and Sons returned to Birmingham making a stop at the Genting Arena on their ‘Delta’ tour. 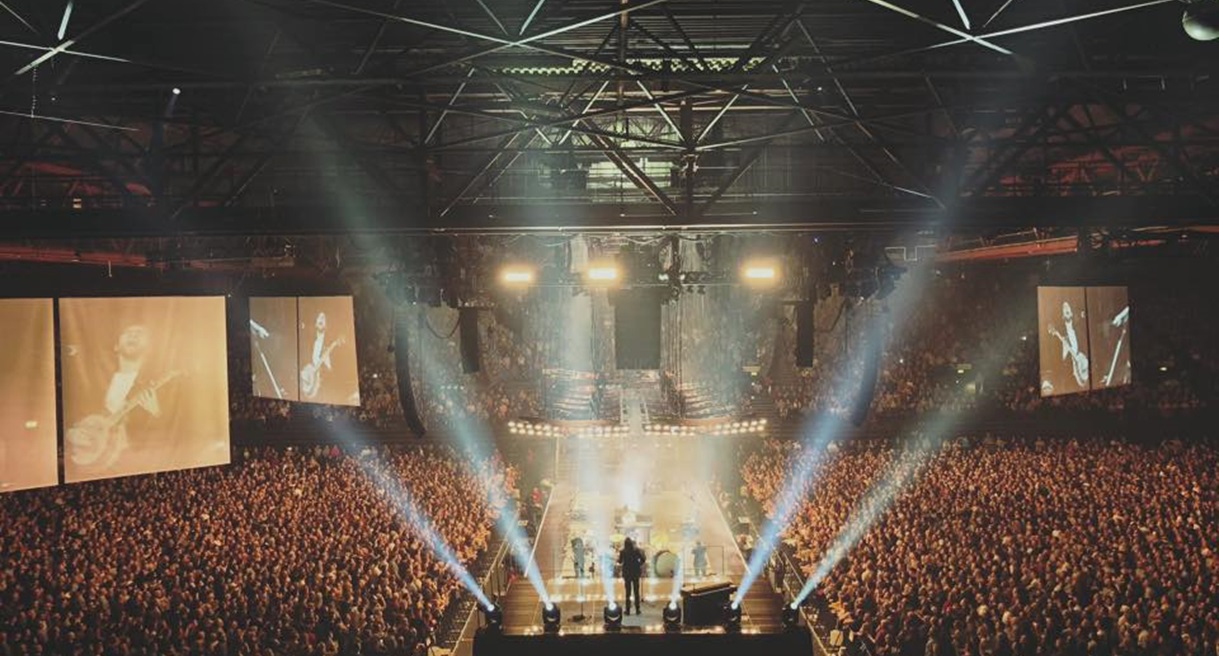 The support act Maggie Rodgers, an up and coming artist made the stage her own with her folk come dance sound, was the perfect opener to complement Mumford and Sons.

Then it was time for the main event…

The stage span the width of the arena floor and was positioned, right slap bang in the middle of the arena, giving everyone the perfect view. The stage gave the gig an intimate feeling, hard to do in an arena but this personal setting gave the band the perfect opportunity to showcase the new album as well as all the hits.

They opened with the new single Guiding Light, then rolled straight into Little Lion Man which started the foot stomping and then moved into Lover of the Light. The crowd were completely up for it, fists pumping the air, singing every word, with Marcus Mumford occasionally stopping singing in awe and laughing at the sound of the full arena belting back their songs. Marcus was full of energy on Friday night, running up into the seats, over the balcony, right into the far corner of the arena to sing with and get amongst the fans. His high energy was felt throughout the crowd, who were up on their feet for the majority of the gig.

The new album featured heavily, being received positively by all, however the real joy came from the classics including Sigh No More and Babel. The highlights came when the arena was illuminated with phone torch star light during a spine-tingling rendition of Believe and when they showcased their raw talent; performing an unplugged rendition of Timshel, which saw the quartet surrounding a single microphone… you could hear a pin drop as they harmonised perfectly.

The special effects were tremendous, hanging lights moved throughout the performance adding to the warming intimacy, and fireworks lit up the room in a spectacular fashion. However this didn’t distract from the music… The banjo was out in full force, with Winston Marshall playing his trademark sound through the night as well as Marcus Mumford, Ben Lovett and Ted Dwane also delivering powerful performances. All four multi-instrumentalist switching between instruments effortlessly.

It is clear that Mumford and Sons are used to playing in front of 15,000 fans, however they have never forgotten where they came from. The band had a trip down memory lane shouting out to the Glee Club in Birmingham which has a special place their hearts. Proclaiming that without the small shows like that, they wouldn't have big shows like this. And we are so glad for those shows!