OUR ELVES TAKE OVER THE CITY!

We took to the streets of Birmingham with some very cheeky elves from ELF -  A Christmas Spectacular armed with chocolate, eggs and loads of goodies! Here's what went down! 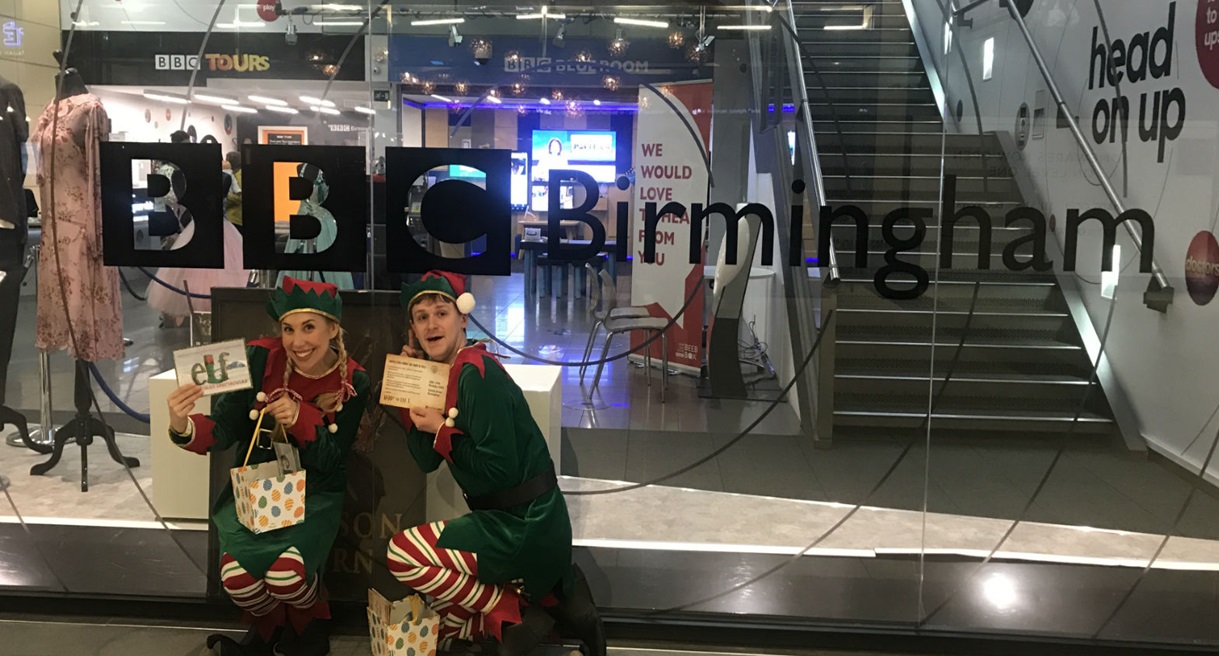 Erm, just in case you missed the news...ELF, the hit West End and Broadway musical based on the Hollywood blockbuster movie, is to be supersized into a Christmas spectacular this December.

Starring pop legend David Essex as Buddy the Elf’s father; Love Actually star and singer Martine McCutcheon as Buddy’s girlfriend, Jovie; plus, comedy actor Tam Ryan as Buddy, this will be a festive treat like no other.

To celebrate the launch, we took to the streets of Birmingham armed with two Elves and LOADS of chocolate! And here's what went down...

Demonstrating their #ElfSkills, coming face-to-face with a television for the first time and causing chaso in the Free Radio, ITV Central and BBC offices, our Elves delivered chocolatey goods and the message of ELF - A Christmas Spectacular to the people of Birmingham!

Here's a bit more about the LIVE show...

Featuring a book written by Bob Martin and Thomas Meehan (Annie, The Producers and Hairspray), this new Christmas spectacular will also include an original score of great new songs.  Added to this, there are some special effects lined up that will take your family’s breath away, including a giant sleigh that flies across the arena, an indoor snow blizzard and lots of skating.  This will all be teamed with giant screens and a humongous stage so you can catch all of the action.

Make sure you’re not on the naughty list, and join Buddy and friends at the Genting Arena this December!