The legendary composer behind the likes of some classic scores including The Good, the Bad and the Ugly and The Hateful Eight sadly passed away. 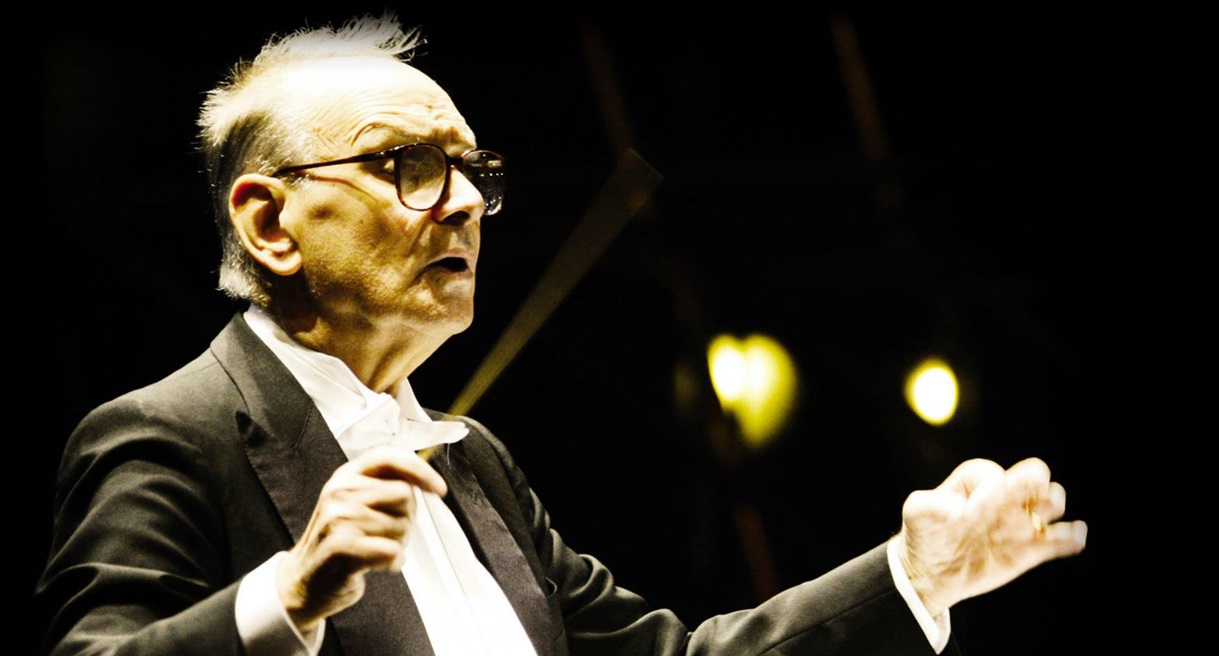 Earlier this week, we unfortunately lost one of the most influential composers in music, responsible for some of the most legendary film scores ever created. The iconic, Ennio Morrcione.

Morrcione list of classic film scores are endless and include the likes of all Sergio Leone's films since A Fistful of Dollars, all Giuseppe Tornatore's films since Cinema Paradiso, The Battle of Algiers, Dario Argento's Animal Trilogy, 1900, Exorcist II, Days of Heaven, La Cage aux Folles I, II, III and Le Professionnel, The Thing, Once Upon a Time in America, The Mission, The Untouchables, Mission to Mars, Bugsy, Disclosure, In the Line of Fire, Bulworth, Ripley's Game and The Hateful Eight...as well as the incredible The Good, the Bad and the Ugly!

Here's some of the biggest names in music paying tribute the wonderful composer.

“The first note I ever heard of his grabbed hold of me and wouldn’t let me go,” Zimmer wrote. “I never decided to become a film composer. Ennio and Sergio Leone did that for me, letting me experience their magic.

Ennio taught me that the simplest, purest and honest melody is the hardest to write. That it’s not supposed to be easy, that it’s a profound mission we are on that we must take seriously and humbly when we write music. And that our job is to be the director’s best friend and inspire him. A good conductor breathes with the orchestra as one.

Whenever you hear his pieces now, you will still hear his breath… you might not see him… but you will always hear him…”

“The day we first played The Ecstasy Of Gold as our new intro in 1983 it was magic! It has become apart of our blood flow, deep breathing, fist bumping, prayers and band huddle pre-show ritual ever since.

I have sung that melody thousands of times to warm up my throat before hitting the stage. Thank you Ennio for pumping us up, being a big part of our inspiration, and a bonding between band, crew, and fan.

I will forever think of you as part of the Metallica family.”

“He has done so many different kinds of scores. He was a traditional composer but with a layer on top that is difficult to describe. He had the knack. The music would go deeper into whatever the movie was, it would bring out something in depth, a theme, a feeling. He was like an X-ray composer.

He brought out a part of the theme of the movie that hadn’t been thought of before.”

"Damn. Ennio Morricone has left us. The way he mixed experimental sound, heartbreaking melodies and raw emotion into everything he did made him, for me, the greatest film composer EVER and a huge influence on my work."

"So sad to hear that Ennio Morricone has died . He was a great influence . One of the best film composers of all time."

Here's a short video containing some of his classic scores, enjoy...