The album which featured Noel Gallagher, Ocean Colour Scene's Steve Cradock and Blur's Graham Coxon turns 10-years-old this year. Join us as we jump back to 08 and relive this classic Paul Weller LP! Roll back 10 years and you could say things weren’t as good as they are in 2018. The sun wasn’t shining like it has been the last few months, England were still rubbish after failing to quality for the European Championships (now look at us) and our although we didn’t know it, our hearts, and summer, had a massive Love Island shaped hole…but 2008 wasn’t all doom and gloom, 2008 gave us one of the greatest and perhaps most underrated Paul Weller albums – 22 Dreams. 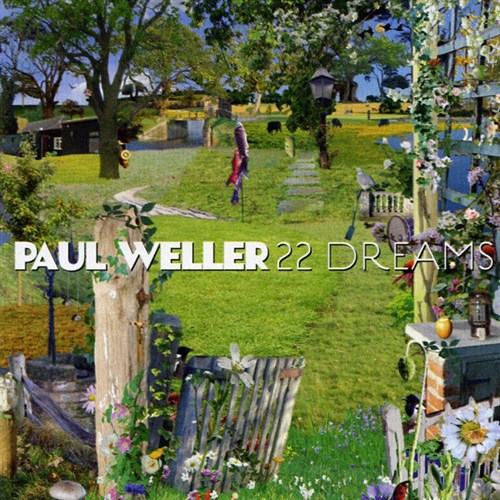 Any album that (a) features a host of huge names from the Indie industry and (b) receives a whopping 5 stars from the Guardian, then you know it’s a masterpiece. Here’s what the Guardian has to say about Weller’s huge LP…

"Such an eclectic, ambitious record might be expected to sound disparate, desperate even, but instead it's a set of distinctive, strangely addictive songs. Only 'God', the misplaced spoken word track, disrupts the flow. Weller himself says it's 'designed to be listened to in one sitting, in the same way that Pet Sounds and Sgt Pepper's were'. 22 Songs certainly isn't up there with two of the best records ever made, but the bar has been raised and the conceit works. At almost 50, Paul Weller is one of the few musicians in this country who, alongside Damon Albarn, can turn his hand to almost anything and make it work."

What’s so great about this album is that it’s such an effortless, yet risky move Weller as the whole package combines influences from many genres, and even the seasons as the Modfather attempts to capture a super-wide spectrum across 21 tracks (well 29 if you bagged the deluxe copy).

Weller released three tracks from the album, All I Wanna Do (Is Be With You), Have You Made Up Your Mind and Sea Spray, which gave music fans the bug to explore the whole LP. Once you tuck into 2008 record, you’ll find yourself playing it on repeat for years on end – well that’s what I’ve been doing, and 10 years on, it still sounds just as sweet.

Stand out track for me has to be his collaboration with Oasis’ Noel Gallagher on Echoes Round The Sun – if you’ve never listened to it, then you’ve gotta check it out.

Fingers crossed Weller dips into 22 Dreams when he arrives here in Brum in a few months’ time!