The Hoff confirmed for Scrooge - A Family Spectacular! 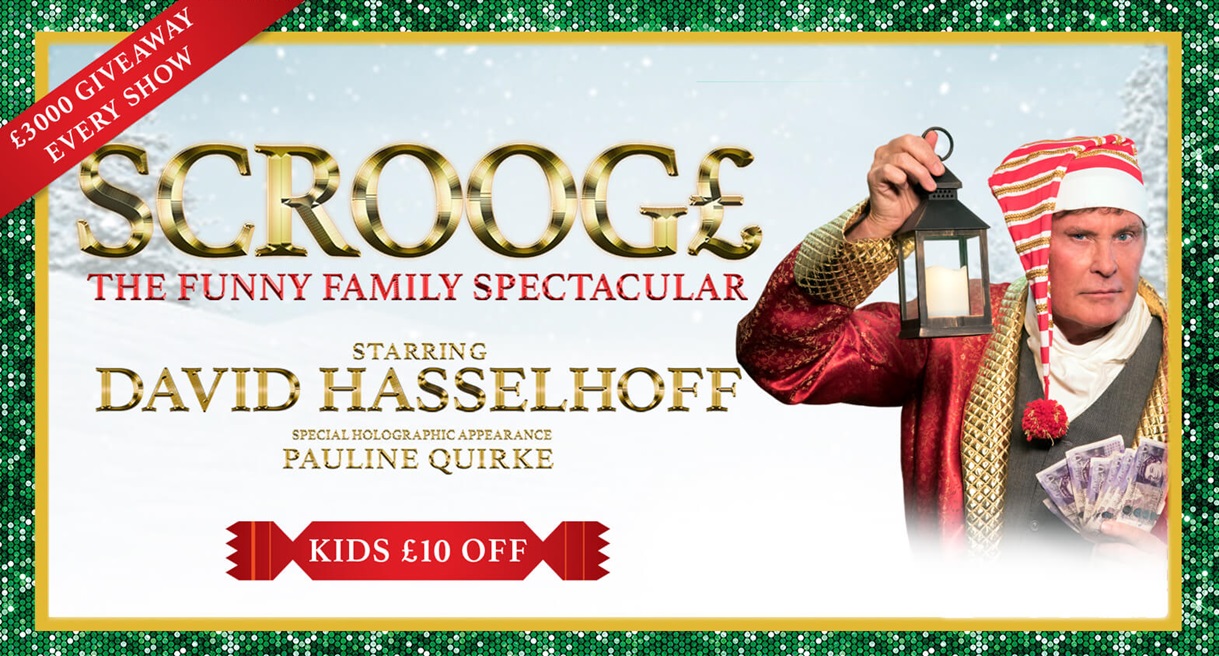 Taking the title role of the tight-fisted Scrooge is former Baywatch and Knight Rider star David Hasselhoff. Alongside the Hoff will be the much loved ‘Birds of a Feather’ actress Pauline Quirke as the Ghost of Christmas Past, who will be projected as a life size hologram onto a giant HOLOGAUZE© screen measuring 20m x 5m. And, as a result of Scrooge’s newfound goodwill, he will be giving away £3,000 in cash to one lucky audience member at every performance.

David Hasselhoff said: “I’ve dreamt of playing Scrooge for a long time. The great thing about this production is that it’s not a panto, it’s a fully-fledged Christmas show. It’s the Dickens classic with great music on a spectacular scale in huge arenas. But just imagine coming to see the show and then walking away with £3,000 in cash! That’s pretty incredible.”

The Hoff and Pauline Quirke will be joined by a real horse-drawn Dickensian carriage, complete with an ‘intelligent’ horse. The 16-hand white Arab stallion nods, shakes its head, bows on command, crosses its legs when it wants to go to the toilet and eventually lays down to sleep. And to add to his CV -he even does an impression of Janet Street Porter!

Other amazing show elements include a Falobella miniature horse that pulls Tiny Tim’s hearse, a flying four poster bed, a black light ghost sequence with cirque aerialists, a fluorescent Ghost Train that moves around the Arena (complete with ghosts!) - and the biggest performance of the hilarious ’12 Days of Christmas’ you will have ever seen.

Completing the cast of the magical extravaganza is the famous musical clown Charlie Cairoli Jr, a host of West End leading actors along with live musicians, dancers, acrobats and comedians. Supported by 70 children and teenage performers from The Pauline Quirke Academy, the 100-strong cast are set to deliver an incredible show.  Further casting will be announced soon.