“Words will not do this show justice”…probably not the best way to start a review, I know, but in all honesty, The Killers show on Monday night was possibly the best live show I’ve ever seen. And here’s why… 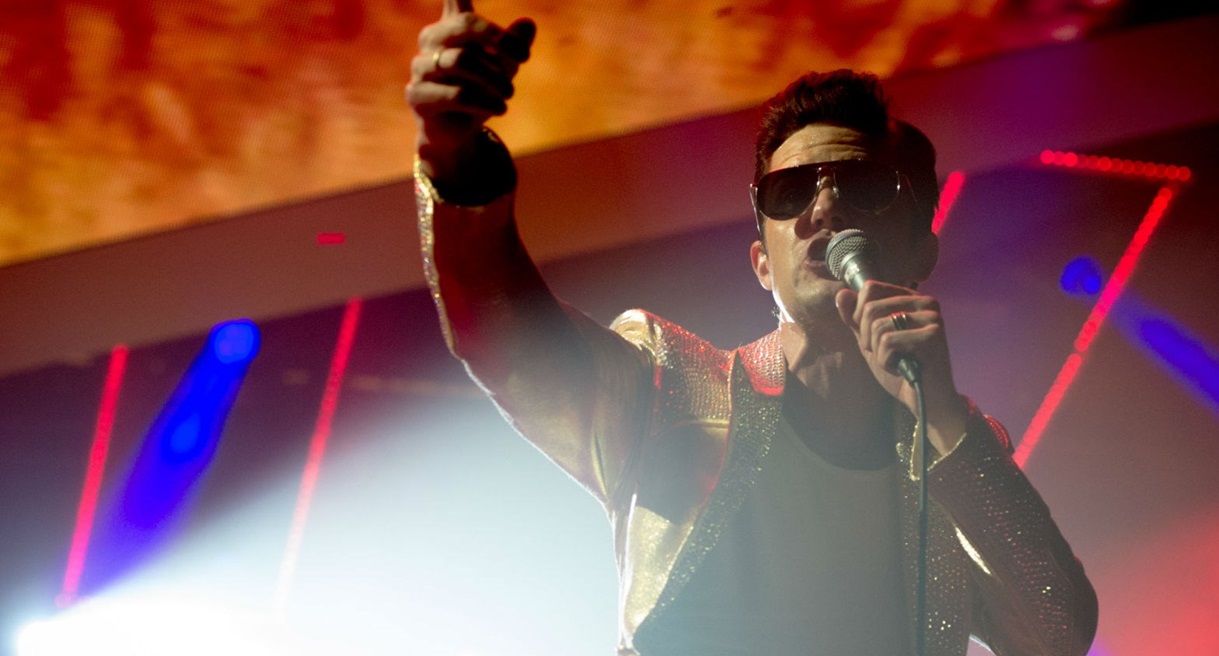 If you’re a big fan of Brandon and the boys, then this is the ultimate Killers experience. The production, on point. The vocals, flawless. And the way Flowers conducted the crowd, perfection. It was everything we know and love about the glamourous indie rock n rock band.

After a wicked warm-up set from Alex Cameron, the lights dimmed, an overpowering synth rattled around the arena and at 9PM sharp, Brandon Flowers burst onto the stage.

Wonderful, Wonderful was the chosen track to kick off their World Tour and it was wonderful by name, wonderful by nature as The Killers re-introduced themselves to the Birmingham crowd. The riffs were tight, the performance was slick and although an unfamiliar band line-up, there were no holes in their chemistry on stage.

One thing that caught my eye was the demographic of fans in the arena bowl, we had everything from silver haired rockers to lil’uns with exemplary music taste donning the venue for a show we’ve been eager for since its announcement all those months ago.

With a band like The Killers, getting the set-list right is probably one of the hardest things. Picking out just a handful of tracks from five incredible albums is pretty much impossible, but somehow, they managed to nail it! They meandered through Hot Fuss to Battle Born, stopping off at Sam’s Town along the way to deliver a solid set. With detours to Day & Age and obviously, Wonderful, Wonderful too, the 2-hour show had something for all Killers fans, no matter when your obsession began.

Now, SPOILER ALERT, if you’re heading to watch The Killers on another tour date and you don’t wanna see the set-list, you might want to look away now.

Rumour has it that they’re looking at switching up the set-list from show-to-show, so if your fave doesn’t appear on the list, it doesn’t mean they’re not going to play it!

Highlight for me personally was during All These Things That I've Done. 15,000 Brummies chanting; “I’ve got soul, but I’m not a solider” for like 3-4 minutes whilst Brandon soaked up the vocals on stage was unforgettable. It’s something these words cannot do justice…experiencing an atmosphere like that was something else.

Perhaps a slightly obvious (but expected) climax, the band finished the incredible set on arguably their greatest hit…Mr Brightside. Say what you will about the track, there’s no denying it’s a masterpiece. It’s simple, riffy and for most, nostalgic. It’ll take you back to that last song they played at your favourite Student Union night or local indie bar, it’s a classic. Hearing it live brought so many memories and emotions flooding back and cemented The Killers place in my all-time greatest band list.

Finally, all I can say is if you get the chance to see The Killers live, then do it. Don’t think about it. Just do it.