One of the most breath-taking arena shows returns to Birmingham later this year and to get us even more giddy, the cast for Jeff Wayne’s The War of the Worlds has just been announced! Reveal who’s joining us here at the Genting Arena this December! 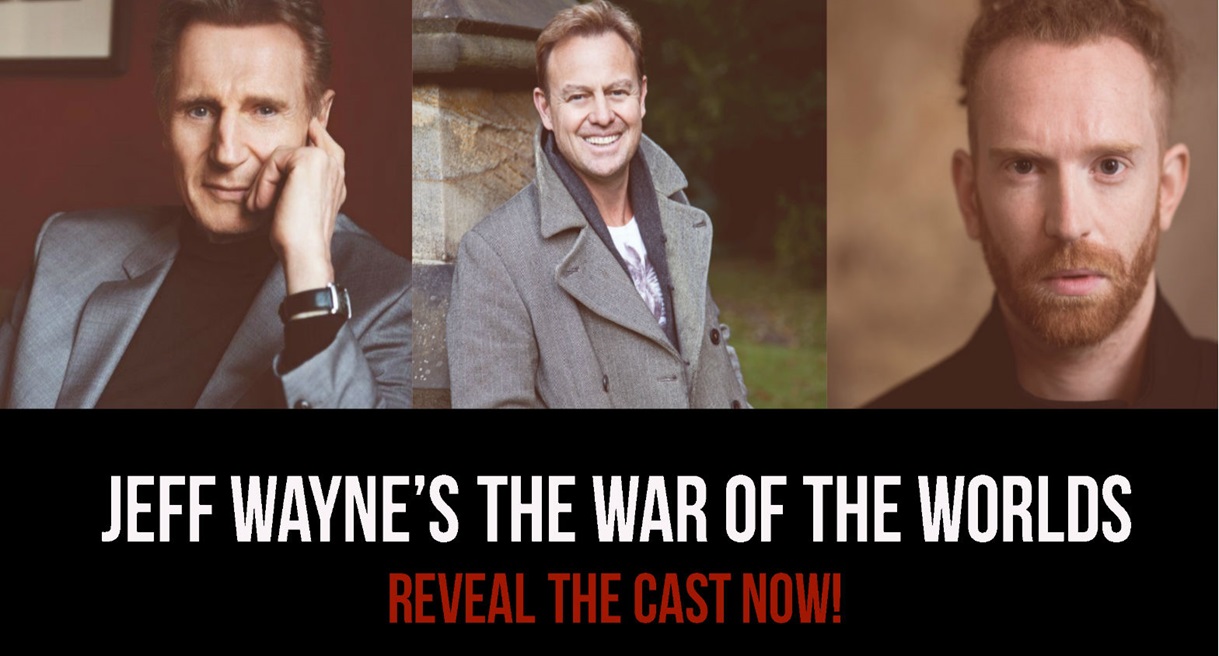 Before we get stuck into this year's cast, we want to make sure you've grabbed your tickets? No? Well, what are you waiting for...

Give me Jeff Wayne's The War of The Worlds tickets now!

Role: Parson Nathaniel
Best Known: JD is no stranger to the show and returns to a role he’s more than familiar with! Donovan stole our hearts back in the 80’s and since has had an incredible career in TV, film and music! He’s had four Top 10 UK Singles along with more Silver, Gold and Platinum certifications than you can shake a stick at. We cannot wait to see what Jason brings to the show this December!

Role: Beth
Best Known: Carrie has had a long career in theatre spanning over 17 years including roles in Les Misérables, The Addams Family, Mary Poppins and previous experience in The Ward of the Worlds as Beth so we’re buzzing to see her here in Birmingham!

Role: The Artilleryman
Best Known: It’s a WOTW debut for Garcia, but he’s no stranger to the limelight. Adam has featured in loads of big Hollywood films including Coyote Ugly, Kangaroo Jack and Nativity 3 as well as a host of television drams including Agatha Christie’s Marple, Doctor Who and Dancing with the Stars!

Role: Will perform The Sung Thoughts of The Journalist
Best Known: The folk-acoustic hero brings his unique vocal range to the WOTW show, something we can’t wait for. His debut LP Hand Built by Robots went straight to the top of the UK Album Chart back in 2007 and he’s since released a host of smash hit records including Rebuilt by Humnas, Studio Zoo and his second No.1 Write It On Your Skin.

Role: The Voice of Humanity
Best Known: He’s the frontman of English-based Hard Rock band, Inglorious. James steered the band to success after making a name for himself through singing with the multi-platinum selling Trans-Siberian Orchestra and

Role: Carrie
Best Known: Anna-Marie began her career at a young age appearing alongside Honor Blackman in the hit TV comedy series "The Upper Hand", and with Rowan Atkinson in "Mr Bean". From there she went on to study at The Guildford School Of Acting and upon graduating was cast in the lead role of Elisa alongside Adam Garcia at ICA, The Mall in London's West End.

Role: The Journalist (3D Hologram)
Best Known: Taken. Love Actually. Schindler’s List. The Grey. The Dark Knight Rises. Star Wars. Liam Neeson has done it all. He is a legend. Now, returning to the role he’s portrayed previously, you guys will see Neeson’s 3D hologram as The Journalist in a visually epic experience.

This most ambitious production yet will ‘break through the fourth wall’ bringing the action closer to the audience for a most captivating and immersive, musical experience, including the iconic three-tonne 35-foot tall Martian Fighting Machine firing real flames.