We're liking the look of the next few months here at Resorts World Arena!

If you thought the first half of the year was good, then you just need to take a look at what we've got in store for the rest of 2019 - it's a pretty big deal. 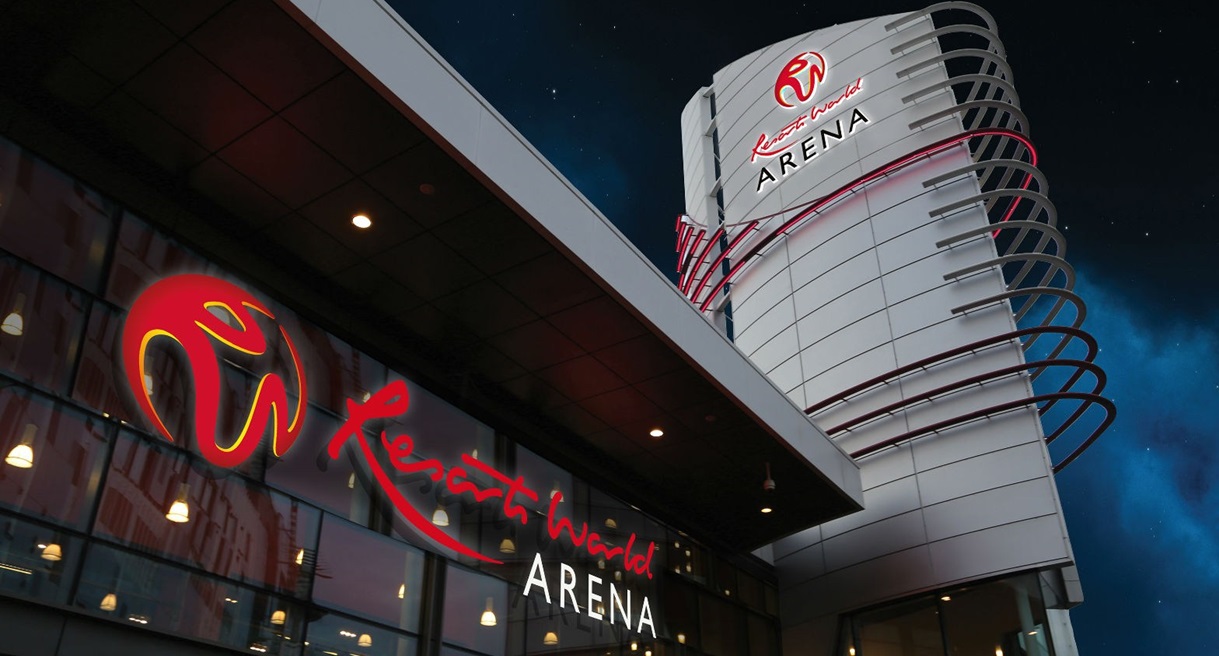 Over the next six months, we've got it all here at Resorts World Arena - from huge comedians to RnB superstars, big night's of sport to massive pop concerts - we've got everything you need right here.

TALK TO ME ABOUT THE MUSIC

Music is obviously one of the main types of shows we bring to our arena, but we don't just let anyone in, only the very best take to the stage here in Birmingham and the calibre of artists we've got coming to our place in the not too distant future is ridiculous. We're talking Little Mix, Christina Aguilera, Khalid, Andrea Bocelli, Elton John, Ozzy Osbourne, JoJo Siwa, Andre Rieu, Alice Cooper and Boyzone (to name a few). We've also got legends such as Elvis Presley, Buddy Holly and Roy Orbison brought back to life in some really unique shows, loads of huge iconic 90's and 00's acts across two massive throwback nights and then Free Radio Hits Live in November, which ALWAYS delivers the best line-up! So yeah, you could say we're bossing it when it comes to music here in Brum.

I'M AFTER THE LOLS

If this is you, then look no further. We've got three big nights of comedy with two people who are genuinely just incredible to watch - Russell Howard and Jim Jefferies. First up it's Mr Howard with two performances of his Respite World Tour (18th & 22nd September) following the record-breaking success of his 2017 tour Round The World...which still has us in stitches to this day. Fast forward to December, the 5th to be exact, when Australian-American stand-up, Jim Jefferies, brings The Night Talker Tour to Birmingham! He's one of the most popular and respected comedians of his generation, entertaining audiences across the globe with his provocative, belief-challenging, and thought-provoking comedy - so to say we're looking forward to the arrival of these two guys is an understatement.

SPORTING HISTORY WILL BE MADE

We're heading to two opposite ends of the sporting spectrum for this one we welcome Horse of the Year Show 2019 and Cage Warriors 109 to Resorts World Arena. HOYS will showcase national and international showjumping classes, host the finals for the Pony Club Mounted Games Prince Philip Cup, and see the best of British show horses come forward for the finale to the showing season - if you're an equestrian fan, then there's absolutely neigh-way you're going to want to miss this! After HOYS takes over the first part of October, the end of that month is dedicated the finest Mixed Martial Artists in the world as Cage Warriors returns. Cage Warriors is the leading and longest-running mixed martial arts promotion in Europe, having launched the careers of many of the biggest stars in the sport such as Conor McGregor, Michael Bisping and Dan Hardy. Now, the promotion is back in Brum and we're buzzing for what will definitely be an explosive night of MMA!

If you like your live events perhaps a little more different, then we have two right here you may be interested in. First up is a rising concept of huge, breathtaking on screen action accompanied by a full live orchestra, providing the most beautiful sounds and music. The guys behind the incredible Blue Planet II return in 2020 (yes we know we're looking ahead to next year but you can't blame us) with the jaw-dropping Planet Earth II Live In Concert! You will experience sensational footage from the BAFTA and EMMY® award winning BBC series which guarantees to bring you closer to the planet’s spellbinding animals, landscapes and wildlife dramas than ever before. Our final unique event which you need to check out is Tony Robbins' Unleash The Power Within. Again, another event taking place next year as opposed to the next few months as the title of this blog suggest (sorry not sorry) the world-renowned life coach guarantees to change your life. It's a four day event focussing on different aspects of life including finding financial freedom, vibrant health, stronger bonds and relationships and discovering your purpose - giving you tools and equipment to tackle, challenge and excel in these areas. It's a new event for us and a new event for Birmingham...and we know it's going to be something which is spoken about for a very long time.

You can check out the full listings for Resorts World Arena Birmingham right here.