WHO ARE HOLLYWOOD VAMPIRES?

Take the guitar power behind Aerosmith, a sprinkle of gore and mix it all up with the world's most famous pirate...then, you have Hollywood Vampires! Dig a bit deeper into the ultimate super-group right here! 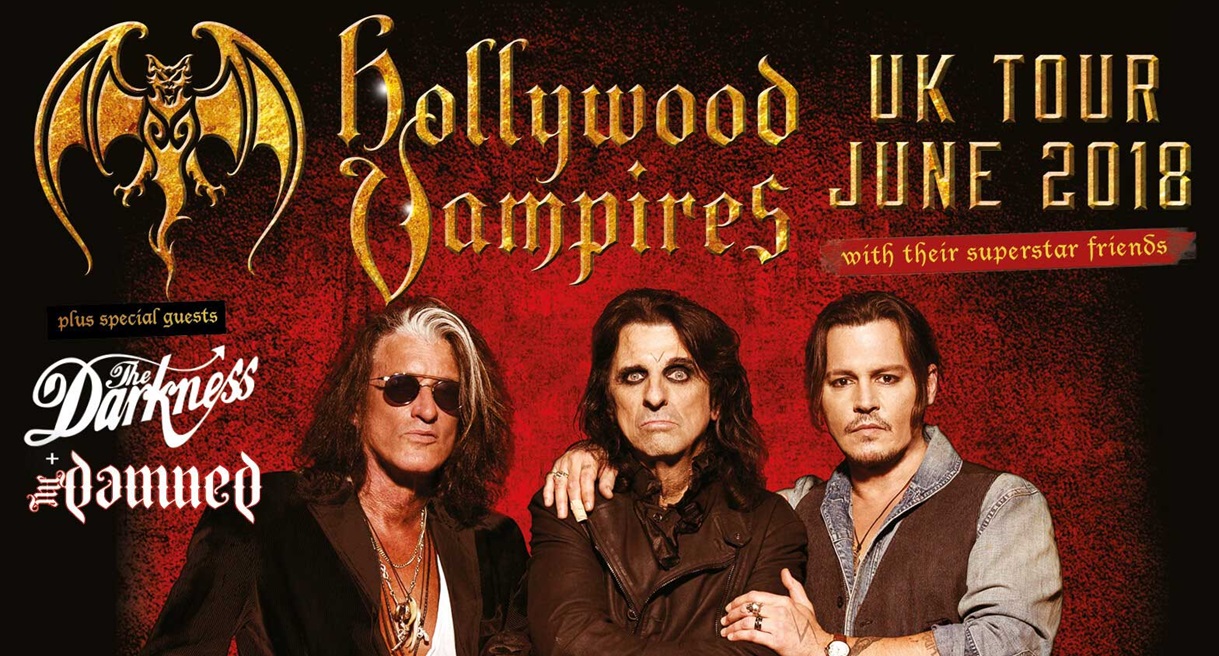 That’s right – you’ve got it! Hollywood Vampires is the creation of three unique souls; Alice Cooper, Johnny Depp and Joe Perry! The three originally formed back in the 70’s, to honour the music of legendary rock stars who are sadly no longer with us and named themselves after the legend celebrity drinking club which featured the likes of John Lennon, Ringo Star, Micky Dolenz and Keith Moon!

The trio released their debut LP, Hollywood Vampires, in 2015 and the features on that album are ridiculous! From Foo Fighters frontman, Dave Grohl, to Beatles legend Paul McCartney, the record left a huge imprint on the music industry and got quite a few tongues wagging!

They’ve done a whole host of live gigs since forming three-years-ago and brought along a few special guests during their tours including Kesha, Duff McKagan, Robert BeLeo and Lizzy Hale…I wonder if they’ll rope in any mates for their trip to Birmingham? Hmm!

Hollywood Vampires will be opening their 2018 four-date-tour right here at the Genting Aren, so you can expect BIG things! The Vampires will give you guys a non-stop, energetic concert like no other, including their original single “Bad As I Am” from their debut album, plus renditions of some iconic rock favourites.

So, if you fancy a bit of Depp, Cooper and Perry here in Brum, then you need to grab your Hollywood Vampires tickets now!