Why watching Gerry Cinnamon live is a must in 2021

Once we’re back to business and giggin’ with your pals becomes a thing again, you need to make sure you add Gerry Cinnamon to your list of must-sees. Why? Well, if you want a night packed full of singalong belters, upbeat anthems and just those proper old fashioned gig vibes, then this Scottish singer-songwriter is your man. 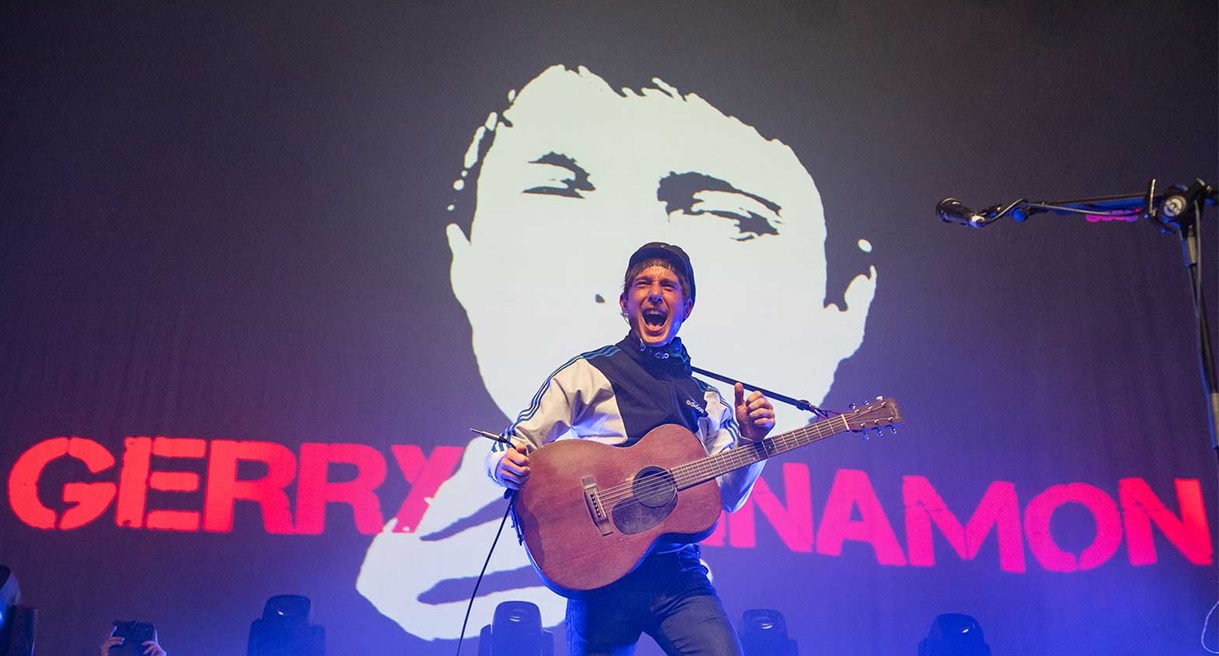 Firstly, here's a bit about the man himself. Gerry Cinnamon is a 35-year-old singer-songwriter from Glasgow, who has worked his way from the very bottom, right to the very top!

Gerry moved down to the big smoke with his mates dad to avoid a couple of issues that were kicking off back in his hometown. He then dabbled with lots of different music styles, genres and instruments including harmonic, drums and obviously, the guitar as he developed his own sound He then begin gigging, really small gigs, but gigging nonetheless to get his name and his music out there. From their he added a couple of extra bodies, Lori, Dave and Gav to form The Cinnamons. After a little bit of success and a growing fan base, Gerry went back on the road as a solo artist. And the rest is history.

ATMOSPHERE
We know you're going to be craving a proper gig once we're able to do things again and this is perfect for that. It's one of those shows which you and your pals will literally absorb and get lost in. It'll be one of those shows you keep talking about forever and ever.

SINGALONGS
Gerry is responsible for some absolute Belters (yeah, shameless pun we know) such as Canter, Sometimes, Where We're Going and obviously, Belter. His music is punchy, powerful acoustic awesomeness which you can't help but LOVE!

ALL THRILLER NO FILLER
There will be no fluff when Cinnamon hits Birmingham. They'll be a stage, a man and a guitar...and that's all that's needed.

PROVEN HEADLINER
Last year Gerry popped up at a number of festivals, pulling huge numbers to his sets in the process. Thousands and thousands rushed to his stage to get a piece of the action and no doubt it'll be exactly the same when he returns to festivals again in the future. The beauty of seeing him here in Brum is that once you've got your ticket, there's no panic required. Just rock up to Resorts World Arena and get ready for a massive night!