If these CRAZY shots don’t get your pumped for the return of WWE Live, then nothing will!

WWE LIVE is unique blend of sport and entertainment, combining in-ring match action with dramatic entertainment. Bursting with all the drama and energy of a rock concert, in a fun, lively and exciting environment, WWE Live is the ultimate in family entertainment! WWE Live returns to Birmingham this May! See your favourite WWE Superstars live in action including: Intercontinental Championship Match Roman Reigns vs The Miz, Seth Rollins, Braun Strowman, Cesaro & Sheamus, Finn Balor, Alexa Bliss, Sasha Banks, Asuka - and although the line-up is subject to change, it's already shaping up to another huge year of WWE!

It's been a cracking couple of weeks for the WWE...he's a recap of what's been poppin' off!

Phew, get all that? We can't wait for the action to kick off here in Birmingham now! 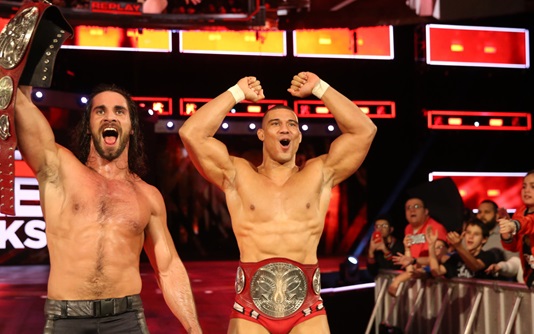