Get ready for some seat-grabbing entertainment from the world’s best indoor Motocross racers and Freestyle MX stars from across the globe as the Arenacross Tour flips back into Resorts World Arena in 20202! Here’s everything you can expect from the action packed show! 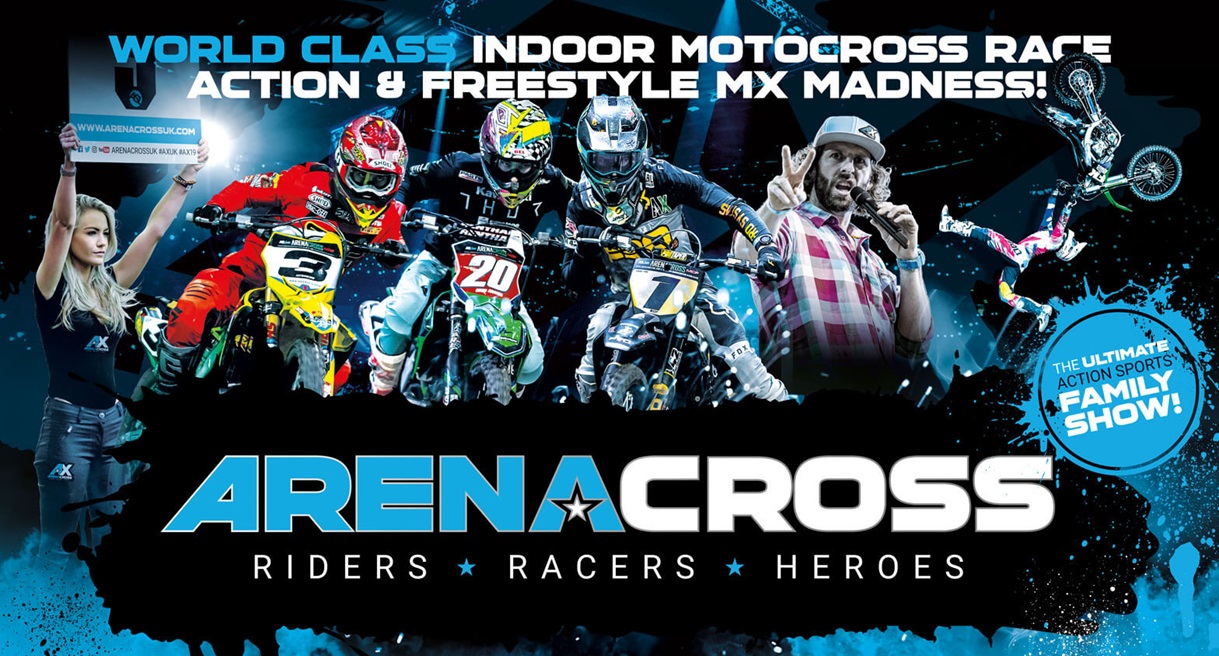 Seat-grabbing entertainment from some of the world’s best indoor Motocross racers and Freestyle MX stars from across the globe. Expect three hours of non-stop, high octane action with backstage access to get up close and personal to the tracks, riders and bikes via the Racenight VIP Experiences!

What lies ahead for 2020? We know there are championships to be claimed, money to be won and fans to entertain…will you be there?

Arenacross is a high-octane mix of indoor Motocross racing and Freestyle MX carefully choreographed into a three-hour live performance that includes lasers, pyrotechnics and unscripted racing all performed to a heart-pumping soundtrack. Sounds crazy… it is!

WHAT CAN I EXPECT TO SEE AT ARENACROSS?

You’ll see twenty of the most insanely fast professional Motocross racers in the world compete in a selection of races that qualify to a twelve-rider Main Event (the final race of the night) where they score points towards their six-round Arenacross Championship that takes place across the UK’s leading Arena venues. There’s huge prize money up for grabs and they’ll lay anything on the line to win – get ready for race action at it’s most insane!

WHAT ELSE GOES ON?

We also stage 2-Lap Head to Head races where we pit the fastest two riders together in a 1-minute, 2-Lap brawl to the finish line – and you can bet on these races too! Youth riders as young as 7yrs old compete too as well as tomorrow’s teenage future MX heroes on exactly the same course as the Pro riders.

Freestyle MX is the most dangerously spectacular art form of Motocross that takes place on a huge take off and landing ramp that sits in the centre of the Arena. Don’t be surprised to see rider’s 60ft in the air, upside-down and holding on with just one hand! There are three Freestyle MX shows throughout the night, so expect to see plenty of action and be prepared to stand up and scream!

HOW CAN YOU BUILD MOTOCROSS INDOORS?

It’s not easy, but we’re the worlds’ best at it! With over 2,500 tons of dirt being moved into each Arena in a 24hr period during the week before the event, our team of dirt-sculpting experts creates the ultimate racetrack playground that tests the skill of any world-class Motocross racer.

The doors to each Arena open at 6 pm and the opening show starts at 7.30pm, and that’s an opening performance not to be missed! From then on its sensory feast of non-stop races, jump action and choreographed action-sports performances like no other. By 9:45 pm all the riders have qualified to the Main Event with the final start gate dropping at 10 pm – by 10:15 pm the winner is crowned, champagne is spraying and the event draws to a spectacular crescendo of pyrotechnics, fire, and music – you’ll just be wondering where can I see Arenacross next!

GIVE ME ARENACROSS TICKETS