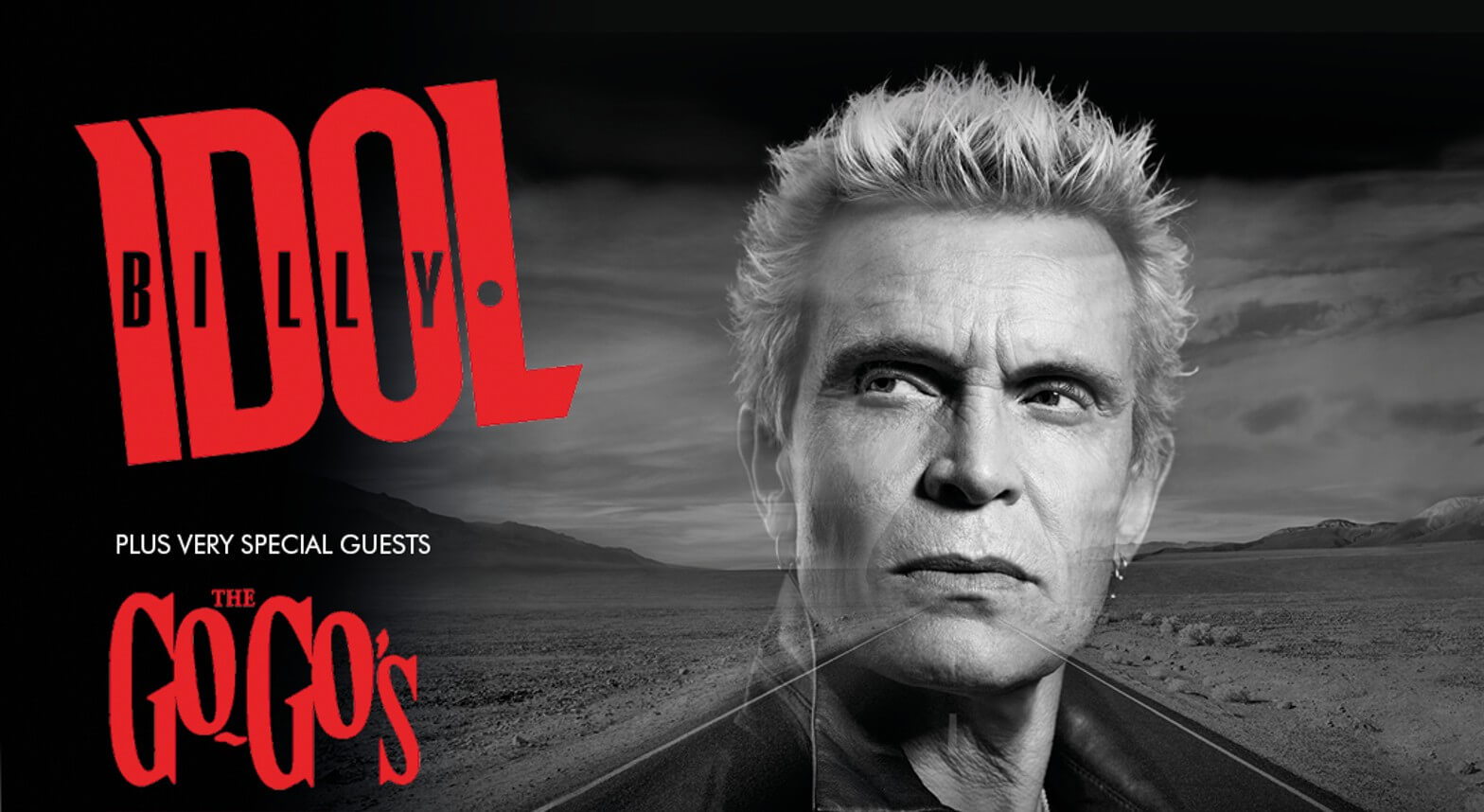 The world’s favourite rebel Billy Idol is back and heading out on The Roadside Tour 2022 with some new music, a stack of timeless classics and his long-time lead guitarist and collaborator Steve Stevens. For his first appearances in the UK since 2018, Billy will stop at Resorts World Arena in June!

The global lockdown of 2020 gave Billy time to reflect. While writing the new music that would become his latest release, The Roadside EP, Idol’s thoughts turned to his near-fatal motorcycle accident of 1990, how he dealt with it and how it related to the current crisis. “It seemed quite logical and natural to write something about my motorcycle accident,” he says. “I may have been saying, well, this is what people go through when they are in trouble. I think I was unconsciously making that connection.

“Certainly, the motorcycle accident was the catharsis, the wake-up moment. Maybe I left behind the irreverent, youthful Billy and opened the door for a more attentive father and more sensitive musician. Something did get left by the roadside, but it was not necessarily a bad thing in the end.”

Billy’s reflections are captured in the lyrics of Bitter Taste, one of four tracks on his new EP The Roadside, his first new music for seven years and as impactful and poignant as ever.

With restrictions lifted, Billy is touring Stateside through the Autumn and looking forward to his return to Britain next year. “I can’t wait to get back on the road in the UK again,” Billy adds, “and enjoy that exhilaration and energy that only comes from playing in front of a live British audience.”

Supporting Billy Idol are very special guests The Go-Go’s making their first UK appearance for 26 years. “We are thrilled to be sharing the stage with Billy Idol on his 2022 Summer UK tour dates. We haven’t had an opportunity to play for our British fans in 26 years and can’t wait to see you all,” says The Go-Go’s.

BACK TO LIVE INTRODUCING VENUE PROTECT
KEY INFORMATION YOU NEED FOR THE RETURN OF LIVE EVENTS
FIND OUT MORE
£67
£80.50
Calls to 03 numbers typically form part of your inclusive calling plan. However, call charges may vary – refer to your service provider for current charging information.