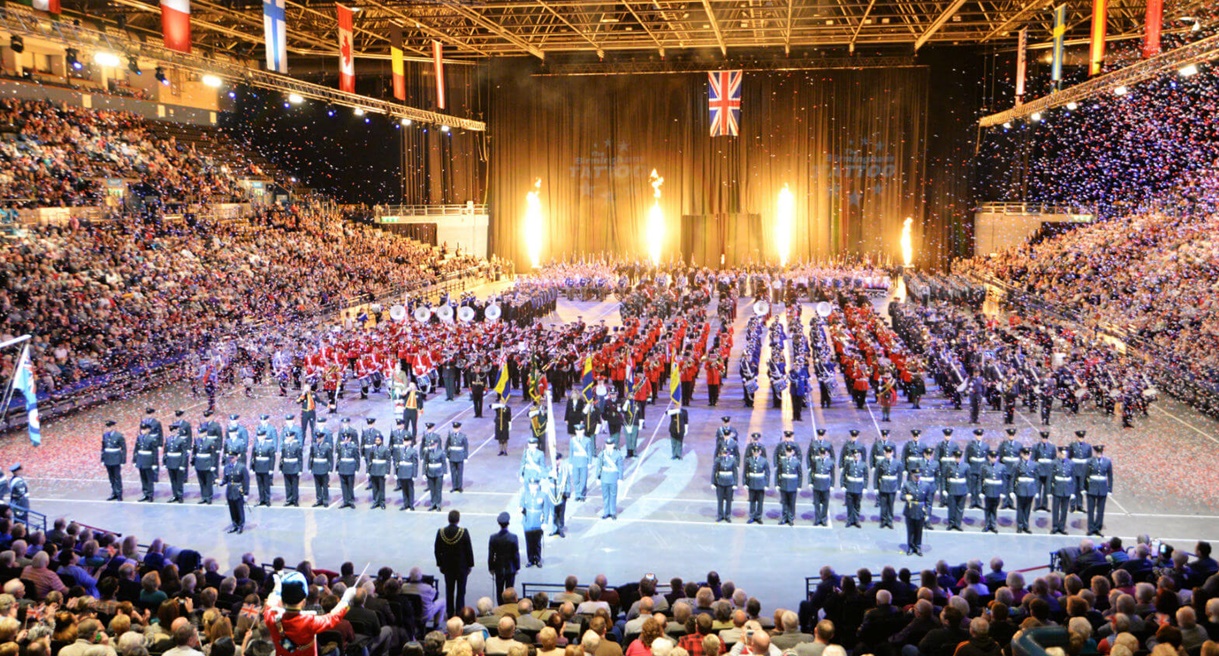 For over 30 years, the Birmingham International Tattoo has been bringing military and other marching bands from across the world to Birmingham and, in this Platinum Jubilee Year, Britain’s biggest indoor tattoo (a type of military show) returns on Saturday 10th September at 6pm and Sunday 11th September at 2pm to its new venue at Resorts World Arena Birmingham at the NEC.

A parade unlike any other, the 2022 Birmingham International Tattoo will bring together marching bands from Poland and France, plus our own British Army Bands from Sandhurst and Colchester in a show of unity. Joining the massed bands and the pipes and drums will be a range of spectacular displays during the special 2022 Platinum Jubilee show. Plenty of thrills will complement the music with exciting displays including the Inter-Service Field Gun Competition, dog-racing during the British Flyball Association competition and the energy and passion of the massed dancers, all creating plenty of exciting action over the two performances at the weekend. They will all join forces for over three hours of pageantry and spectacle in the comfort of the Resorts World Arena which is easily accessible on the NEC campus.

The Birmingham Tattoo would not be complete without the ever-popular Spectacular Grand Finale. Featuring over 1,000 performers, including the Parade of the Massed Standards, as well as the Royal Air Force Cosford Queen’s Colour and Escort, the Tattoo will certainly be cause for plenty of celebration and pride. The event includes the traditional “Land of Hope and Glory”, “The Evening Hymn”, led by the Tattoo guest vocalists, and joined by “The Lone Piper” in this fantastic celebration of pomp and pageantry.

Whether you prefer the massed marching bands, the skirl of the pipes and drums, the fast-paced action of the field gun or the flyball dog races, or the pomp and pageantry of the massed standard bearers, there is something for all the family at the 2022 Birmingham International Tattoo.

For the latest information on performers and other details visit www.birminghamtattoo.co.uk

BACK TO LIVE INTRODUCING VENUE PROTECT
KEY INFORMATION YOU NEED FOR THE RETURN OF LIVE EVENTS
FIND OUT MORE
£20.00
£25.00
£32.00
£35.00
Calls to 03 numbers typically form part of your inclusive calling plan. However, call charges may vary – refer to your service provider for current charging information.