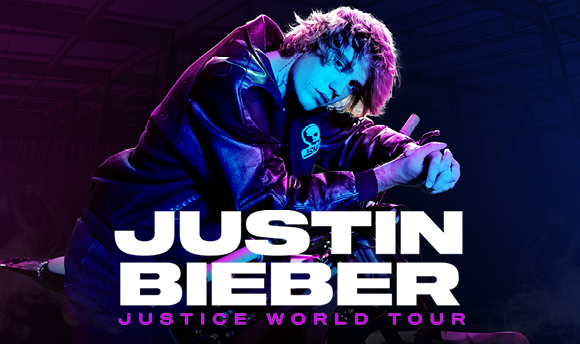 Taking place from May 2022 through to March 2023, Bieber will tour five continents, travelling to over 20 countries and playing more than 90 dates, with more shows to be announced in Asia and the Middle East very soon.

The ‘Justice World Tour,’ promoted by AEG Presents, is Justin’s first global outing since 2016/2017’s ‘Purpose World Tour’.  Described by The Times of London as “mesmerising”, Bieber played to 2.7 million fans over the course of his 2016-2017 run, with the finale seen by 65,000 fans at London’s British Summer Time Hyde Park festival.

On New Year’s Eve 2020, Justin livestreamed his first full performance in 3 years from Los Angeles, electrifying and reconnecting with fans around the world.

“We’ve been working hard to create the best show we’ve ever done, and we can’t wait to share it with fans around the world. I’ll see you soon,” said Bieber.

BACK TO LIVE INTRODUCING VENUE PROTECT
KEY INFORMATION YOU NEED FOR THE RETURN OF LIVE EVENTS
FIND OUT MORE
£69.80
£86.75
£98.05
Calls to 03 numbers typically form part of your inclusive calling plan. However, call charges may vary – refer to your service provider for current charging information.