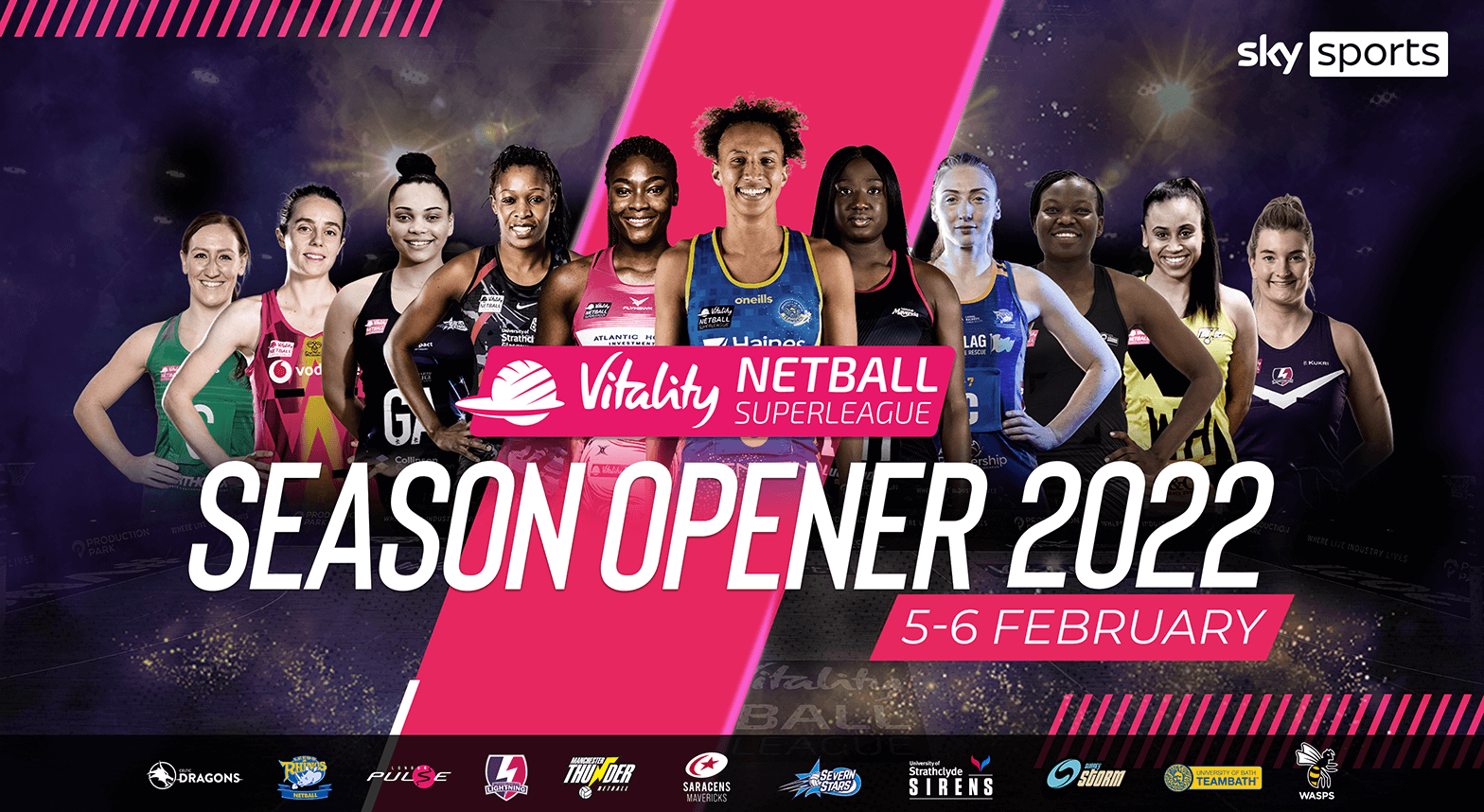 England Netball have today announced the fixtures for the upcoming Vitality Netball Superleague (VNSL) season 2022, with 11 teams ready to take to the court in what promises to be the most competitive and exciting league yet, building on the magnificent 2021 season which saw Loughborough Lightning lift the coveted trophy and be crowned champions.

With home and away fixtures returning to the league for 2022, after a season like no other in 2021 which saw the league played at central venues amidst the backdrop of the ongoing COVID-19 pandemic, clubs are set to welcome fans back to venues across the UK to enjoy the live action.

Big-name signings from across the world of netball have been announced across the league during the off-season, with netball’s most exciting international and home-grown talent ready to showcase their skills on court and make their mark on the competition as the domestic game returns in early February.

The season will get underway on 5 and 6 February 2022 with a ‘Season Opener’ double-header, held at Birmingham’s Resort World Arena, which will see all 11 clubs feature in a jam-packed weekend of 10 games of netball, with tickets on sale for fans from today.

The ‘Season Opener’ (Round One and Round Two of the season) will see all games televised on Sky Sports channels and live streamed on Sky Sports YouTube across the weekend.

The season will close with a ‘Grand Final’ held on Sunday 5 June 2022, after which the attention turns to the international calendar and preparation for the Birmingham 2022 Commonwealth Games which will be held from Thursday 28 July to Monday 8 August.

“The ‘Season Opener’ double header weekend will kick-off the 2022 campaign in thrilling style, showcasing the incredible international and homegrown talent in our league and exciting fans for the season ahead.

“With clubs returning to home venues, and fans able to return to support their teams and enjoy live match action once again, it promises to be another exciting season ahead for the league and everyone involved in making it a success cannot wait for February to get it under way.”

Broadcast plans for the regular round by round season will be announced in partnership with Sky Sports ahead of the start of the season.

BACK TO LIVE INTRODUCING VENUE PROTECT
KEY INFORMATION YOU NEED FOR THE RETURN OF LIVE EVENTS
FIND OUT MORE
£46
£49
£56
£70
£145
£195
Calls to 03 numbers typically form part of your inclusive calling plan. However, call charges may vary – refer to your service provider for current charging information.