There’s not many records Ed Sheeran hasn’t already broken, but now he can add the title of ‘Biggest Ever Live Music Performance on TikTok’ to his collection as the singer-songwriter attracted well over 5.5 million to the platform for his unique UEFA EURO 2020 show. What’s even more amazing is he held the gig at the home stadium of his boyhood club Ipswich Town and streamed the whole thing across the globe from his channel. 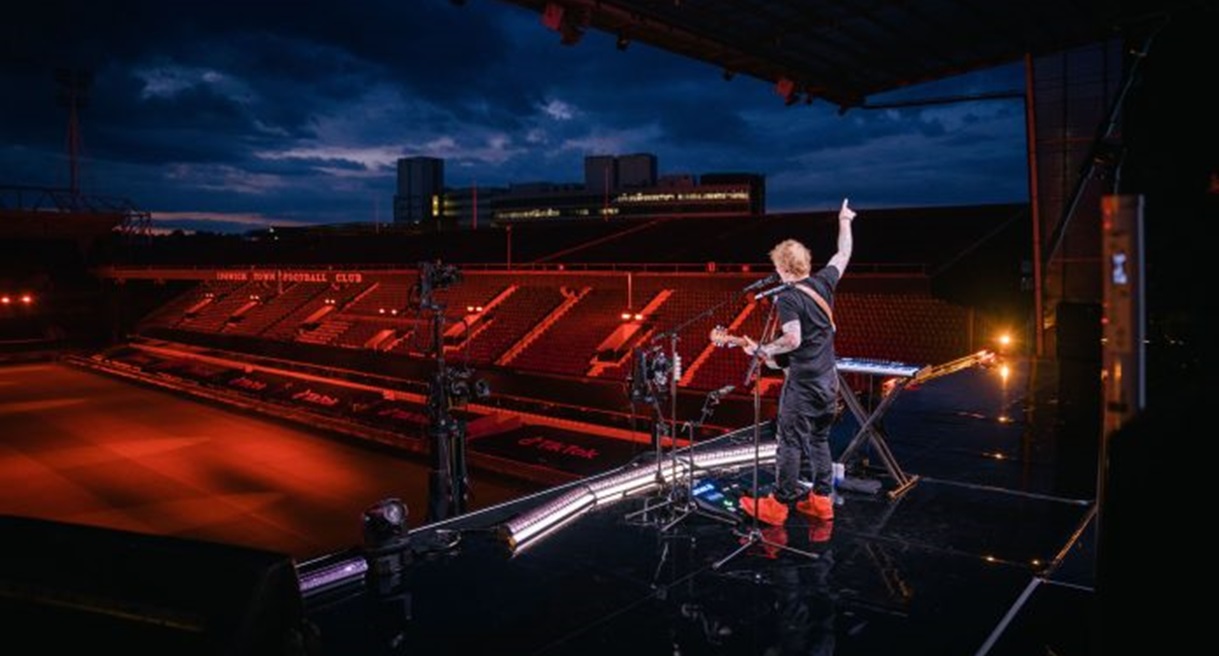 On Friday 25 June , fans from across the world tuned into Ed's TikTok UEFA EURO 2020 Show, which was a blend of music and football that honoured the social platform's recent partnership with UEFA. And it was really quite special.

Standing on elevated stage above an empty Portman Road, armed with his guitar, Ed treated viewers to an hour long set which featured some classics in A Team, Shape of You and Sing, some slower, more emotional songs in Visiting Hours and his brand new single, Bad Habits. What's really interesting about the set-up is that the stage had been specifically designed to be native to vertical video, as all content on TikTok is viewed in that format.

That's not all, there was also a mobile phone which Ed used to connect directly with viewers as well as special effects, augmented reality and intuitive backdrops that changed with songs and themes of the show - it looked (and sounded) incredible. Not only did his performance break a record, but his exclusive preview of Bad Habits which he posted a week before generated over 400,000 creations which set yet another record.

The performance hasn't done Ed's personal TikTok account any harm with the superstar's videos receiving over 150 million views. From special behind the scenes content to FaceTiming David Beckham, if that's the kind of stuff you like watching then you best check it out too!

Finally, if you missed Sheeran's TikTok UEFA EURO 2020 Show, you can watch it again on TikTok on Friday 9 July!