One of the UK’s most treasured and popular broadcasters, Simon Mayo is making a welcome return to national drivetime as he launches a brand new show with our mates over at Greatest Hits Radio! 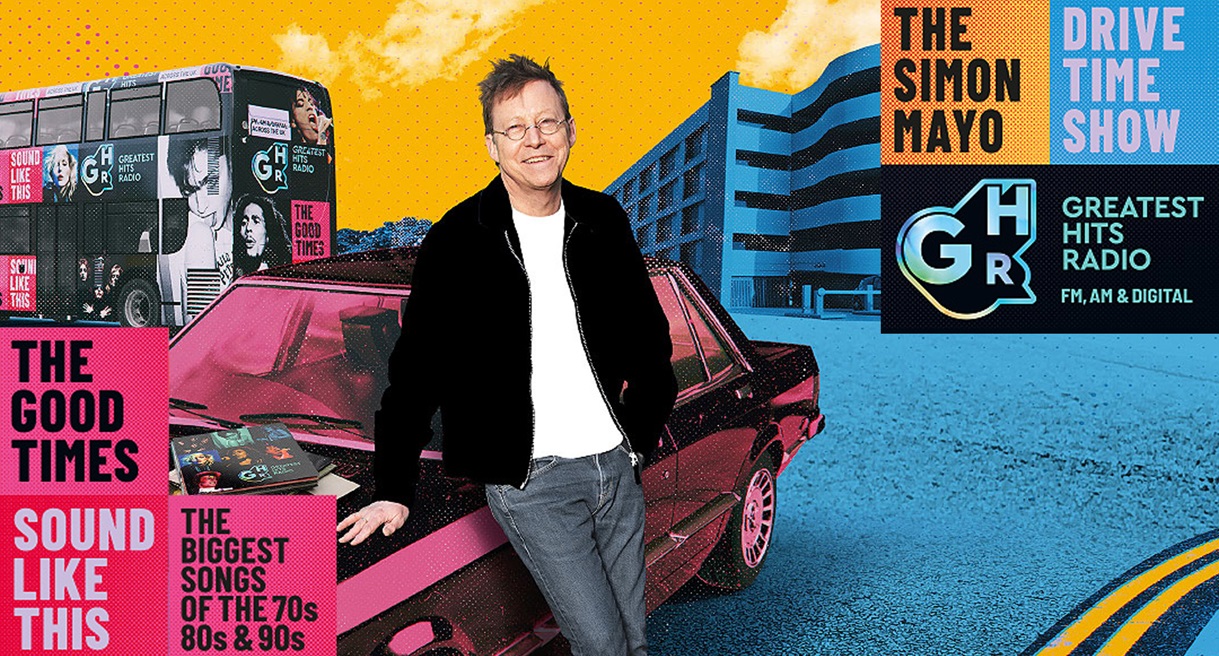 One of the UK’s most treasured and popular broadcasters, Simon Mayo is making a welcome return to national drivetime. Back playing the music that defined his career, Simon launches the new show on Greatest Hits Radio from 15th March.

With an established community of listeners that have followed him across the years from the BBC to commercial radio, Simon’s deep-rooted connection with his audience is unparalleled.

Playing the biggest hits from the 70s, 80s and 90s, Greatest Hits Radio is an uplifting and fun listen that celebrates the good times. With music from the most iconic artists of all time, including Blondie, Queen, George Michael, Madonna, Fleetwood Mac, David Bowie, Elton John and Whitney Houston, it is home to presenters including Mark Goodier, Pat Sharp, Paul Gambaccini, Janice Long and Jenny Powell.

Simon Mayo said “Returning to Drivetime is so very exciting for me. It’s a show I loved so much and now on Greatest Hits Radio we intend to make it even better. And with Matt Williams back on sport, we can’t wait to get started. The message of the show is the same-enjoy yourself, it’s later than you think!”

Gary Stein, Group Programme Director for the Hits Radio Brand Network said “We’re so excited to have one of the UK's most loved radio presenters hosting an all-new Drivetime Show on Greatest Hits Radio. With Simon playing the amazing music that the nation grew up with from the 70s, 80s and 90s along with his warmth and personality, I know audiences will love his new show”.

Having been part of the launch of Scala Radio, the UK’s biggest classical launch in 30 years, Simon’s daytime show series on the station will come to an end after a successful two years. He moves to a new weekend show, to be announced in due course. Presenter Mark Forrest will take on the 10am-1pm show, with a full new Spring schedule for ‘21/’22 to be announced later this month.

Greatest Hits Radio is available in more areas across the UK than ever before. You can listen on FM, DAB digital radio, on your smart speaker, mobile device or online at greatesthitsradio.co.uk.