The 7 Most Iconic Glastonbury Moments

Around 200,000 people should have been making their way to Worthy Farm today for five-days of absolute madness at the biggest and best festival on Earth – Glastonbury. Join us as we attempt to fill the void (a little bit) with a look back at some of the most iconic moments from the farm! 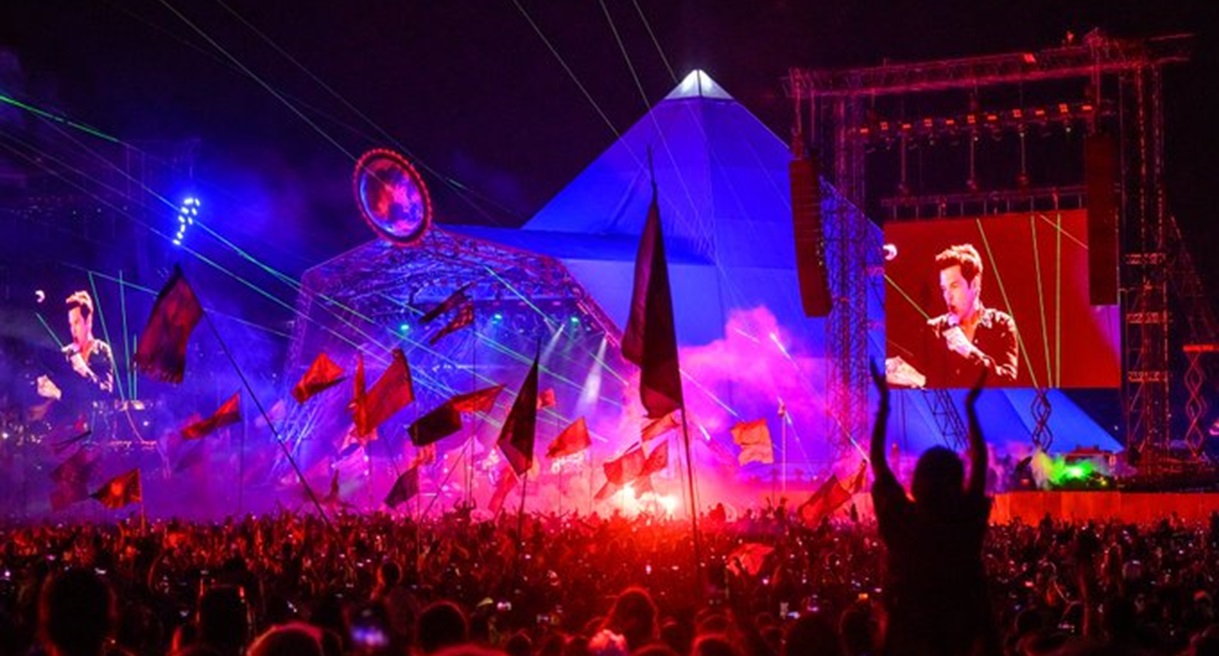 Glastonbury Festival is a festival like no other. It's gone from being a small gathering of around 1500 people (all of which were treated to free milk) to one of the biggest and best festivals in the world, attracting hundreds of thousands of people across the globe! A lot of people who've been to Glastonbury will tell you that the festival is not just about the main stages and they are dead right - the food is amazing, there's parties left right and centre, there's art classes, yoga, secret bars, rabbit holes, a cinema and fairground, well Unfairground, there's literally nothing you cannot do when on Worthy Farm.

All that other stuff is incredible, but when you strip everything back and focus on the music, there's no question why it's the greatest festival on earth. You just need to flick through some of the line-ups from the last 10-20 years or so to really understand just how diverse the music scene during the 3/5-day get together is. I mean, let's just look at some of the headliners we've got Arctic Monkeys, Adele, Kanye West, The Cure, Jay Z, Coldplay, Radiohead, Stormzy, David Bowie, Foo Fighters, Rolling Stones, Metallica, the list goes on.

Today should have been the start of Glastonbury Festival 2021, but don't worry, take a few minutes to sit back, relax and look back on some incredible moments from the farm...

Jay Z is known for mashing up genres after taking the punk-rock from Linkin Park and fusing it with his classic rapping style to create Collision Course. What we didn't expect was Hova to give us a rendition of Oasis' Wonderwall during his headline slot on the Pyramid Stage in 2008. What a moment.

Music legend Kylie Minogue was forced to cancel her headline slot 14-years-ago as she continued her battled with breast cancer which she very bravely defeated in 2006. Fast forward to 2019, Kylie finally took to the Pyramid Stage to perform in the iconic Legend's lot...and boy, it was worth the wait!

Probably one of the more surreal Glastonbury moments. Imagine you're in the crowd about to watch your favourite artist and then they welcome YOU on stage to perform alongside them. Yup, that's exactly what happened to 15-year-old Alex Mann.

ADELE ON THE PYRAMID STAGE

In 2016, Adele walked onto the biggest stage in the world as if she'd done it a hundred times before. No fear. No nerves. No doubts. From the second she picked up the microphone to the moment she strolled off the staged, Adele had every single person in-front of the Pyramid Stage mesmerised by her performance.

Like most years at Glastonbury, word starts to spread pretty quickly when it comes to secret sets. These secret sets usually take place on smaller stages and tents, often giving fans the chance to see some huge names in a completely different setting. Also, for those performing, the pressure is off. There's no preconception, they just rock up and do the business - and that's exactly what The Killers did in 2017.

Finally, the greatest iconic moment from Glastonbury, well from every single Glastonbury, is you lot. The fans. The Glasto crowd is like no other. There's families, couples, hen-do's, lads holidays, newbies, old-timers, work mates, people on their own and everything in between. There's this incredible combination of beauty and craziness all rolled into one when people arrive on Worthy Farm and when people say it's the greatest place on earth, they are not exaggerating.