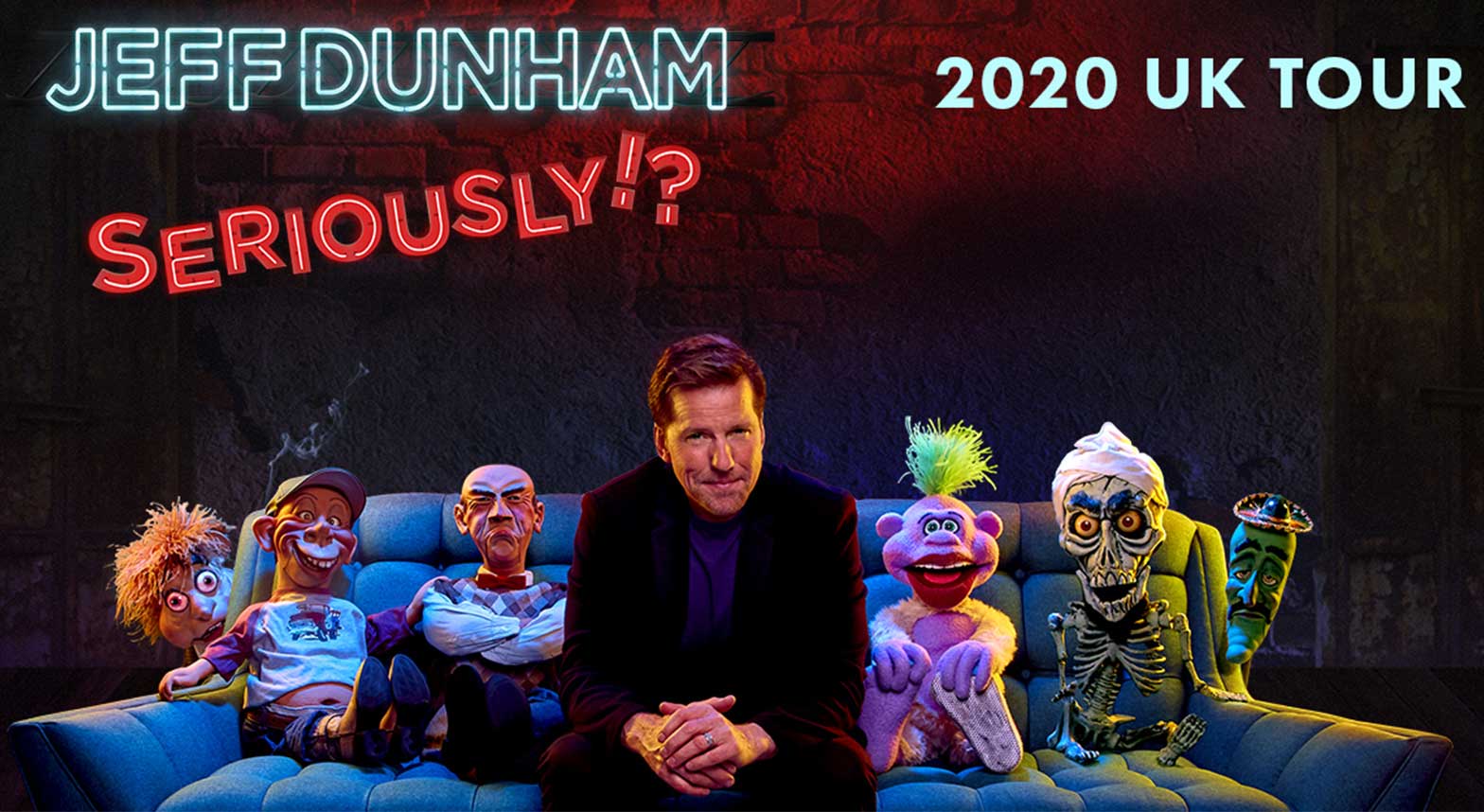 For more than twelve years, America’s favourite ventriloquist Jeff Dunham and his delightfully irreverent cohorts, Peanut, Walter, José Jalapeño, Bubba J. and Achmed the Dead Terrorist, have filled arenas across the world with their multiple blockbuster tours. Now, in addition to his usual cast of accomplices, “SERIOUSLY!?” includes the newest member of the troupe, “Larry.” As the President’s personal adviser, he gives his hilarious take on what it’s like to work at the White House.