Plus support from local band : Piston 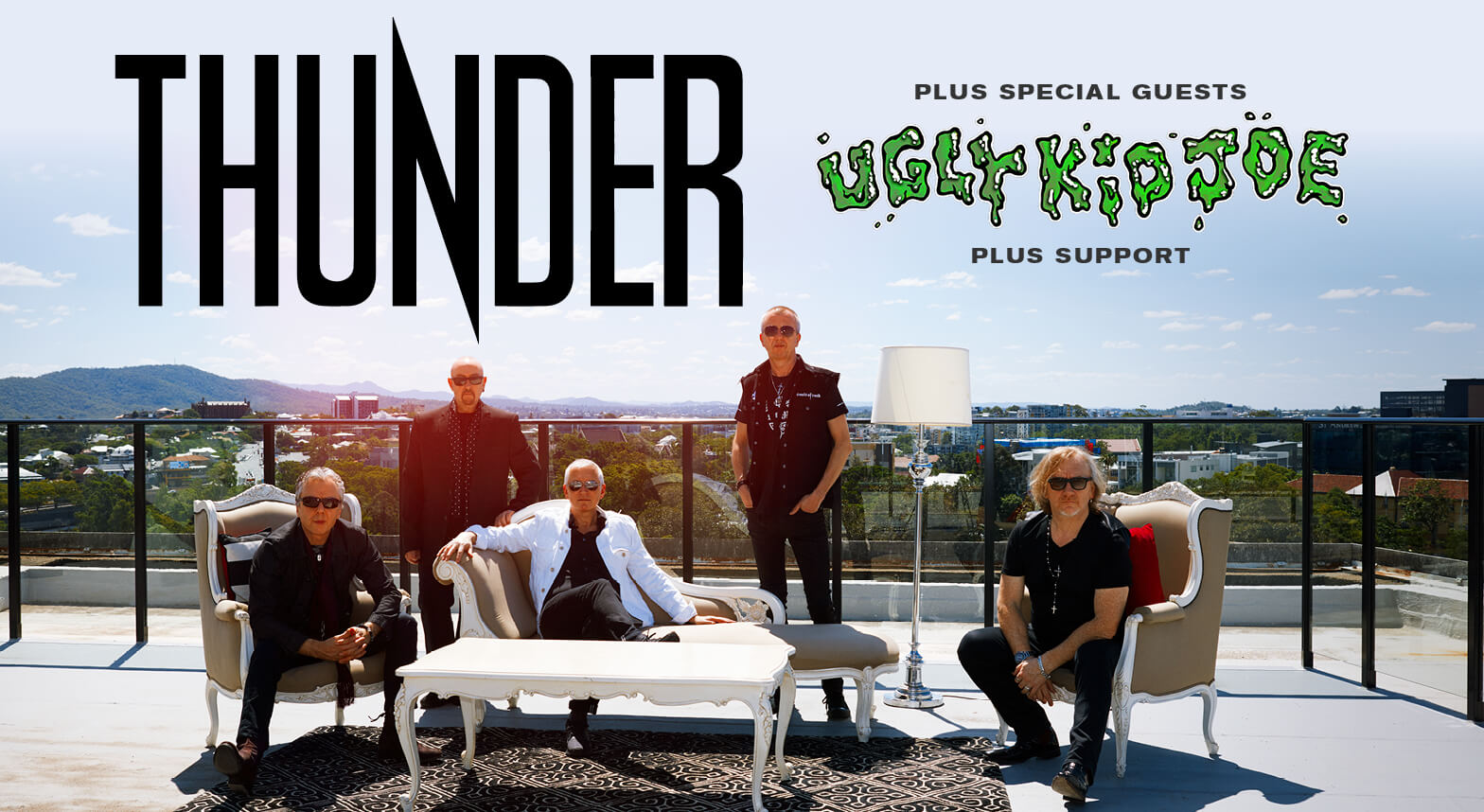 With Thunder marking three incredible decades as one of Britain’s finest rock acts, this will be the first fully electric, full-on Thunder headline rock show in the UK since 2017.  Special guests on all shows will be Ugly Kid Joe, with a different opening band for each arena, especially chosen by Thunder.

Thunder have proved time and time again that they have the hits, the chops and the flair to blow the roof off any venue, and this show will be no exception. Thunder celebrated thirty years at the top of the tree at the end of September, with the release of ‘The Greatest Hits’ album through BMG.

Frontman Danny Bowes said “After Please Remain Seated and The Greatest Hits releases this year, work on the next studio album is already under way...I’m chuffed to report that it’s all new tunes, and it’s all ROCK. The setlist will be a mix of the new album and fan favourites, so it’s going to be a bit of a job working out which tunes we’ll play. I think I’ll leave it to Luke to sort that one out!”.

The incredible Thunder catalogue, built up over the past 30 years, boasts stone cold classics like ‘Dirty Love’, ‘Love Walked In’, ‘She’s So Fine’, ‘Low Life In High Places’ and of course ‘Backstreet Symphony’ [the album itself will be 30 years old in 2020!]. Unlike some bands, Thunder have never sounded better, so these massive shows will be the perfect chance for fans to witness Danny, Luke, Ben, Chris and Harry doing what they do best – live and loud. Don’t miss them!