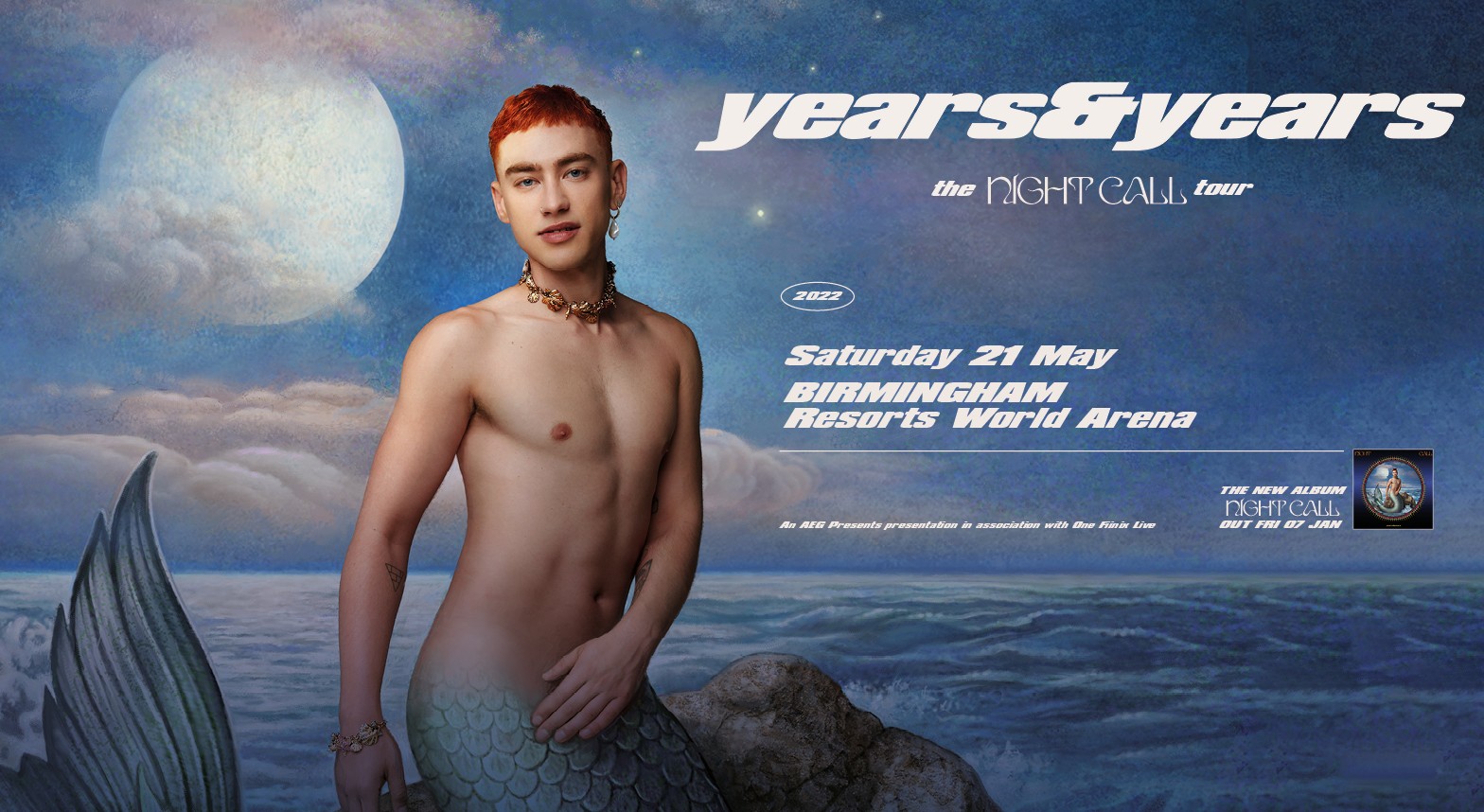 Years & Years has today confirmed details of ‘The Night Call Tour’ for 2022.  Featuring a stop at Resorts World Arena, Birmingham in May 2022!

From its iconic artwork to its euphoric, rejuvenated sound, ‘Night Call’ is a thrilling new chapter for Years & Years. Throughout, Olly Alexander uses his platform to push the boundaries of mainstream superstardom, with a sound as inspired by pioneering figures like Sylvester as it is the club-ready world of French House. At the centre of it all is that mermaid of a muse: a beautiful icon luring men to their death, on an album partly about those searching for love (or a lover) but ultimately finding power in themselves. Embodying the new perspective of a character – like Ritchie in ‘It’s A Sin’ - also deeply influenced Olly’s songwriting, with songs that blur the line between fantasy and reality but are bound together by their explorations of queer life. Hedonistic and escapist, ‘Night Call’ captures that joy and anticipation of going out precisely because, says Olly, “I was writing from a fantastical space, stuck in the same four walls. I wanted to have as much pleasure as possible in the music.”

BACK TO LIVE INTRODUCING VENUE PROTECT
KEY INFORMATION YOU NEED FOR THE RETURN OF LIVE EVENTS
FIND OUT MORE
£41.50
£52.75
Calls to 03 numbers typically form part of your inclusive calling plan. However, call charges may vary – refer to your service provider for current charging information.