The multi-award winning masterpiece returns in 2022...and they've just announced two star additions to the show! Steps' Claire Richards will play Beth, the Parson's Wife & Strictly Come Dancing's Kevin Clifton as The Artilleryman. Read all about it right here! 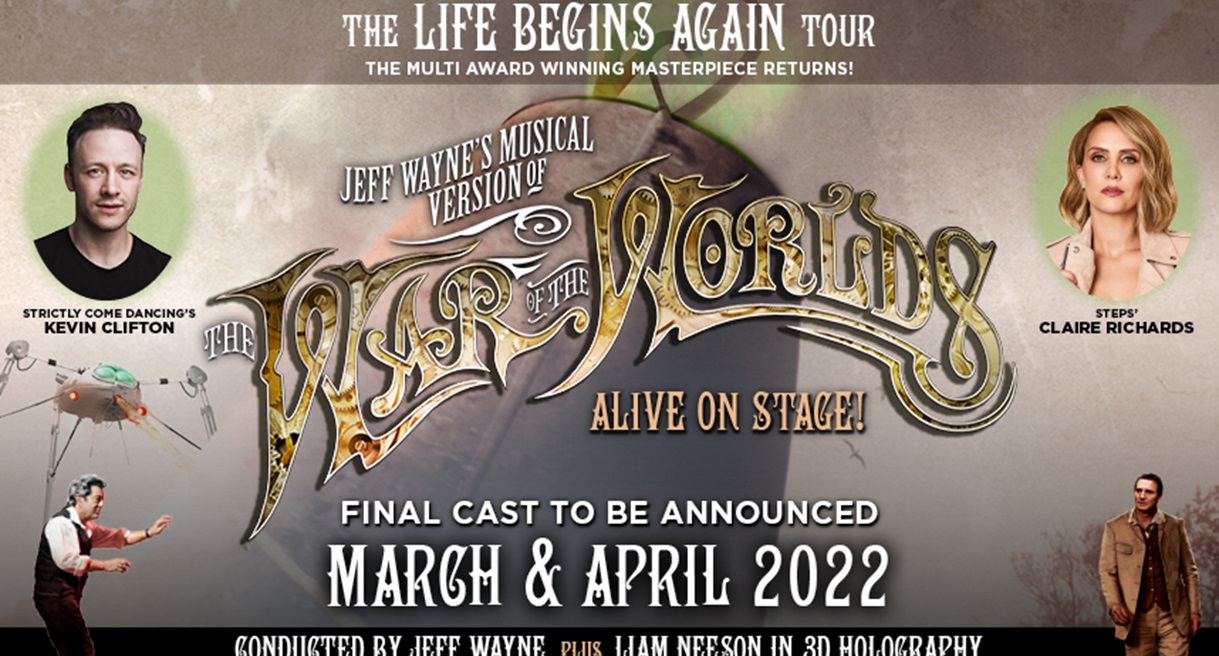 One of the most trailblazing arena tours of all time, Jeff Wayne’s Musical Version of ‘The War of The Worlds’ - Alive on Stage! returns to arenas throughout the UK in 2022.

Steps’ and stage star Claire Richards makes her debut as Beth, The Parson’s Wife. With Steps,Claire has amassed fourteen Top 5 singles (including three Number 1’s), and three multi Platinum albums, including 20 million in record sales and seven sold-out arena tours. Claire is often our TV screens, including The One Show, Loose Women, Celebrity Big Brother and Popstar to Operastar, and her 2019 solo album, My Wildest Dreams, hit the UK Top 10.

Claire said: "I am so thrilled to be joining the cast of Jeff Wayne’s The War of The Worlds for their 2022 Arena tour. To be a part of such an iconic production is so exciting, and I'm really looking forward to getting back out on the road next year.”

Strictly and West End star Star Kevin Clifton will debut as The Artilleryman. Kevin has thrilled audiences in the West End and across the UK, starring in ‘Rock of Ages', ‘Dirty Dancing the Musical’ and 'The Wedding Singer’.

Now, he’ll be returning to the stage in 2022 for this exciting role. Kevin is best known as a Pro Dancer on BBC One’s, ‘Strictly Come Dancing’ being the only pro dancer to ever dance in four consecutive finals.

Kevin said “I am unbelievably excited to be joining the cast of Jeff Wayne’s The War Of The Worlds. In 2022 this particular story could not be more relevant. After so long without live performance, what better experience could there be than this spectacular arena production complete with a full live onstage orchestra and special effects. 'Life Begins Again!’ "

Based on HG Wells’ dark Victorian tale, it remains a firm favourite to millions around the world.

In 2006 TWOTW was considered a cutting edge production with six trucks filled to the brim. In 2022, marking a momentous 16 years of touring, the production will be up to 12, and with it, a host of ingredients and special effects that will challenge and excite the senses for audiences of all ages, all set to Jeff’s iconic score.