It’s the one you’ve all been waiting for; Gary Barlow’s Crooner Sessions has returned to his social channels and he’s back with a legend – the mighty Rod Stewart! If you’ve never watched any of these incredible virtual duets before, then stop wasting time and get stuck into this! 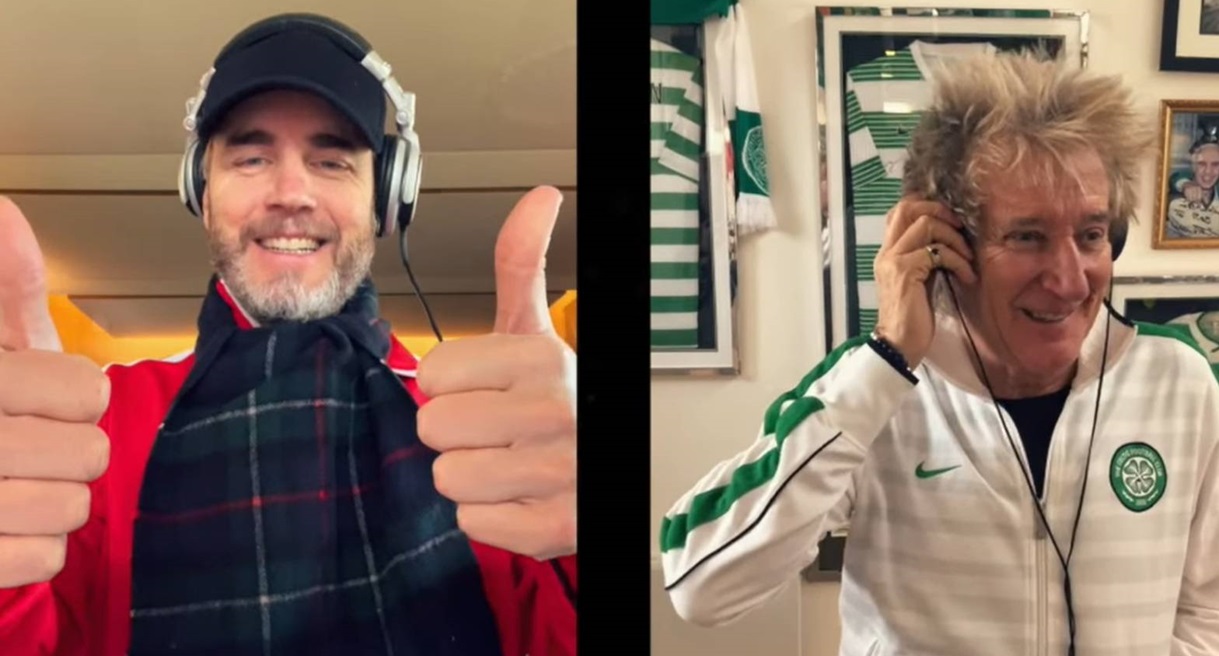 2020 was a challenge for absolutely everyone from every industry and unfortunately, 2021 hasn’t got off to the best of starts. However, when a whole lot of a negative stuff comes our way, there’s always those small glimmers of positivity which shines through and keeps us going.

The music industry has been one of those small glimmers of hope. Whether it’s been new releases, massive album drops or exclusive performances, artists and bands are doing everything they can to keep us entertained. One person in particular has been doing something really special is the iconic Gary Barlow.

It’s great, it’s basically Gary in his living room on Zoom playing piano and singing along with all those incredible artists above (and more), giving us a little hit of live music which we’re all missing so much right now.

After a small break, Mr Barlow returned to our screens (social channels) with a BANG as series two of Crooner Sessions got underway. Music royalty, Sir Rod Stewart, linked up with the GB to give us a live performance of Rhythm Of My Heart…and trust us, both of the music legends were on form. Don’t just take our word for it, you can watch it below.

Kitted out in his Celtic colours, Sir Rod shows us he's still got it with his voice sounding better than ever. He's like a fine wine isn't he? This is just the start of things to come as Gary will continue to rope in friends from the music world to deliver more, live music to your homes.

Tune in from 5PM today to discover who's up next on Gary Barlow's Crooner Sessions!

Finally, if you like what you're hearing then remember, Gary will be back in Birmingham in 2021 as part of his Music Played By Humans Tour which after the last year we've had, this is going to be a much needed night out.