WHOS THAT BEHIND THE MASK

This weekend The Masked Singer came to the end with the finale of the latest series of the surreal show! Well, what can we say, it’s been one hell of a ride and quite frankly pretty epic! It’s been that bonkers distraction that we’ve all needed this lock-down. BUT you know what they say all good things must come to an end!!

We really are going to miss watching a sausage and chips, badger and a bush baby singing their absolute hearts out on a Saturday night. (Wow, now that’s a phrase we never thought we’d say! If, like us you haven’t quite had enough, check out who from the masked singer will be heading to Brum soon! 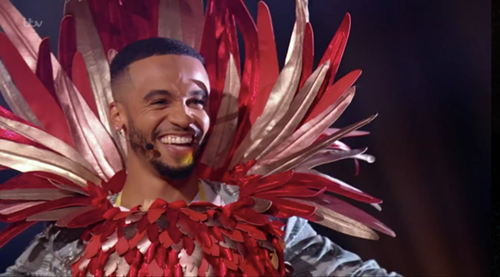 First up is Aston Merrygold from JLS who was revealed as The Robin this in this weekends finale, taking the 3rd place position! (Of course it was him with those moves!) He's been a firm fan favourite from the beginning, absolutely owning The Masked Signer stage week after week but this was our absolute favourite! What a way to start the show! Next, we have the Viking, who was unveiled as 80's popstar Morten Harket aka lead singer of A-HA. We can't believe the judges didn't guess him... he even sang HIS OWN SONG! It was a truly magical performance and we just had to include it!

A-ha will be at our sister venue Utilita Arena Birmingham (The one in town) 15 May 2021! Last but by no means least we've got Mo Gilligan! He was anew face to The Masked Singer panel, replacing Ken Jeong, but one we couldn't imagine the show without!

Catch him doing what he does best this December again at our sister venue Utilita Arena Birmingham!